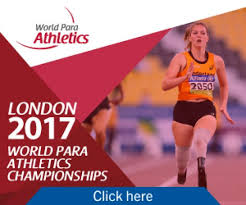 Morocco’s team taking part in the World Para Athletics Championships currently held in London has so far won 2 medals and more are expected to come.

The first gold medal was grabbed by Sanaa Benhama in the Women’s 1500m T13 with a 4:40.40 timing. Tunisian defending champion Soumaya Boussaid finished 2nd clocking 4:40.89 ahead of her compatriot Najah Chouaya (4:46.16).

The 33-year-old has finished on the podium at each of the last three World Championships but this time there was no denying his determination to make it to the top as he held off Tunisia’s Paralympic bronze medalist Bilel Aloui in a terrific sprint to the line, finishing in 14:20.69.

Morocco’s El Amin Chentouf had led for much of the race, having set a fast early pace, but with two laps to go and the pressure starting to mount he dropped out, leaving Benibrahim with a perfect opportunity to go for gold and he did.

Morocco is participating in the World Handicapped Athletics Championships in London with 14 athletes.