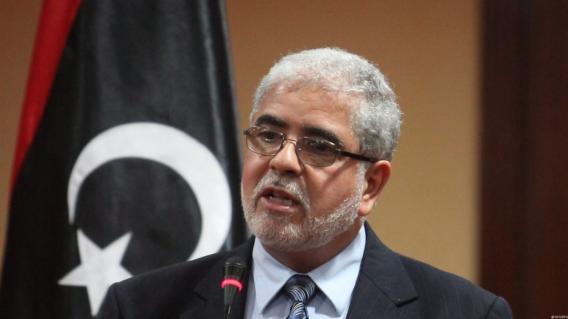 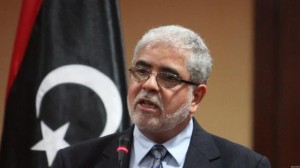 Mustafa Abu Shagour, a technocrat and a leading member of Libya’s oldest opposition movement, was elected on Wednesday as the country’s new prime minister.
Abu Shagour, who was holding the position of deputy Prime Minister, was elected by the 200-strong national assembly on Wednesday. He won 96 votes, against 94 votes for his challenger Mahmud Jibril, a liberal candidate.
Abu Shagour, 61, studied at the University of Tripoli before moving to the US, where he earned a PhD and worked as an academic and optical engineer. He joined the Rochester Institute of Technology (RIT) as a professor of electrical engineering in 2002, and then became president of RIT Dubai in 2008. He remained in the position until he was named deputy to Prime Minister Abdurrahim al-Keib in  November last year.
The new prime minister who will run Libya’s transitional administration for the next 18 months will have many challenges to address, with the security challenge coming on top in a country where anarchy has been often prevailing since the overthrow of Mouammar Gaddafi.
This security challenge was at the forefront of the scene during his election which took place a day after an attack was launched on the US consulate in the Libyan eastern city of Benghazi in which the Americans ambassador and three members of his staff were killed.
The assault on the consulate was initially believed to have been conducted by angry demonstrators protesting an internet video made by an Israeli-American and deemed insulting to Islam. But US officials and terrorism pundits did not discard the possibility that the attack might have been planned and initiated by Al-Qaeda-affiliated groups. The assailants actually seemed well organized, well trained and heavily armed in addition to the fact that the attack was carried out on the anniversary of the 9/11 attacks on the World Trade Center and the Pentagon.
This new outbreak of violence underlines how the situation in Libya is volatile. More than a year after the fall of the late Libyan leader, the country is far from being pacified. Insecurity still prevails and armed attacks, tribal fighting or clashes between militias are recurrent.
The new Prime Minister who seems fully aware of the insecurity and instability threat weighing on his country has stressed in an interview on the eve of his election the need to address security issues in order to move forward.
Abu Shagour’s government must move fast to fill in the power vacuum and fight the remnants of Gaddafi’s forces and the radical zealots who have emerged after Gaddafi was toppled. It also will have to find a way to reunite the country, divided up into a mosaic of tribes and clans and it must move fast on the economic level and in matters of freedoms and human rights to kindle the enthusiasm that swept over post-Gaddafi Libya.

North Africa Post's news desk is composed of journalists and editors, who are constantly working to provide new and accurate stories to NAP readers.
NEWER POSTNorth African Cuisine Dipped With Rich Flavors
OLDER POSTObesity on the Rise in North Africa