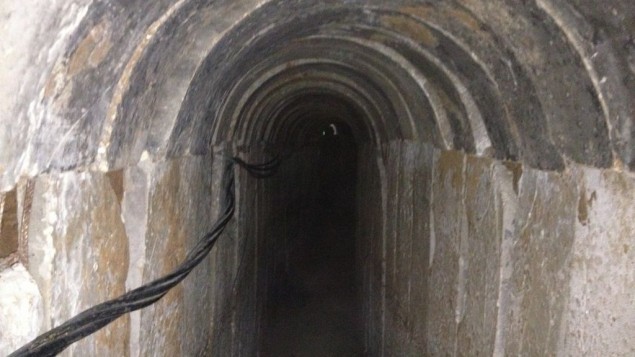 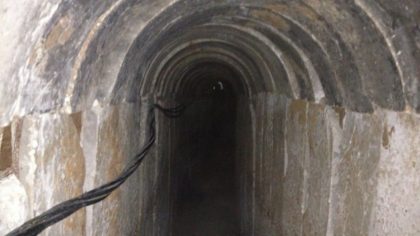 Gaza Strip ruler Hamas Friday vigorously slammed the UN agency for Palestinian Refugees (UNRWA), which complained with the Islamist movement the discovery of a tunnel under an UN-built school in Gaza.
UNRWA discovered on June 1 “part of a tunnel that passes under two adjacent agency schools in the Maghazi camp” during construction work, spokesman Christopher Gunness said on Friday.
The tunnel, between two and three meters underground, passes under the Maghazi Elementary Boys A&B School and the Maghazi Preparatory Boys School, and was built both westward into the Palestinian enclave and eastward toward the security fence with Israel, according to UNRWA.
The UN agency also pointedly noted that the tunnel “has no entry point or exit points on the premises nor is it connected to the schools or other buildings in any way.”
UNRWA condemned the existence of the tunnel under UN schools.
“We demand they desist from any activities or conduct that put beneficiaries and staff at risk and undermine the ability of UN staff to provide assistance to Palestine refugees in safety and security,” the agency said, adding that the sanctity and neutrality of UN premises must be preserved at all times.
Hamas rejected the accusation, pointing out that Israel would exploit them to “justify its crimes”.
The movement also indicated that it had clarified the issue “with all factions and resistance forces, who clearly stated they had no actions related to the resistance in the said location.”
Hamas in past built several networks of tunnels in Gaza leading into Israel and to the border with Egypt.
The tunnels leading to Israel were used to launch attacks during the 2014 conflict between the movement and Israel.
Israel has destroyed several tunnels during the conflict.
Egypt repeatedly accused Hamas of using tunnels to smuggle goods and weapons in Gaza.