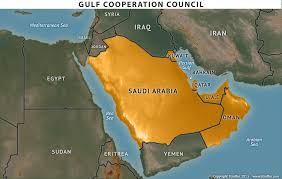 Egypt Thursday called for an UN Security Council inquiry into accusations that Qatar allegedly paid around $1 billion as ransom to a terrorist group in Iraq to secure the release of 26 Qatari hostages, including members of the royal family, egyptindependent.com reports.
Egypt’s call came on the backdrop of the rift in relations between Qatar and a number of Gulf and Arab countries, namely Bahrain, Saudi Arabia, the UAE, Yemen, and Egypt over charges that Doha supports terrorism and destabilizes these countries’ national security.
During an UNSC session Thursday, Egyptian delegates said that if news of the ransom prove to be correct; this would be a violation of UNSC resolutions that call on countries not to pay off terrorists to secure the release of hostages.
“This violation of Security Council resolutions, if proved correct, shall definitely have a negative bearing on counterterrorism efforts on the ground,” senior Egyptian U.N. diplomat Ihab Moustafa Awad Moustafa told the council.
According to some reports, the ransom payment is the main reason of the rift between the tiny gas-rich Gulf country and its neighbors.
The Financial Times indicated a ransom payment of up to $1 billion to Iranian and Al Qaeda-linked forces in Syria may have been the tipping point for the Qatari-Gulf crisis.
In the wake of the unprecedented Arab diplomatic boycott imposed on it, Qatar condemned the move by Arab Gulf countries, saying that charges of supporting terrorism are ‘unfounded’.
The Qatari government repeatedly denied that it paid a ransom to a militant and terrorist group in Iraq to secure the release of 26 Qataris, among them members of the Qatari ruler family.
The incident dates back to April when 26 Qatari nationals were released after being subjected to a hijacking operation south of Iraq while they were participating in a hunting trip, according to numerous international media outlets.
While several countries, including Kuwait, Russia and the US, have offered their mediation, the rift is seemingly getting wider as Saudi Arabia, other allied countries have jointly drawn a blacklist of people, and organizations, allegedly financed by Qatar.
On Friday, the Qatari government has tossed away the blacklist, saying, “The recent joint statement issued by the Kingdom of Saudi Arabia, Bahrain, Egypt and the UAE regarding a ‘terror finance watch list’ once again reinforces baseless allegations that hold no foundation in fact”.
The country’s Foreign Minister Sheikh Mohammed bin Abdulrahman Al Thani Thursday rejected the accusation of alleged support for terrorism and indicated that Qatar will never give up its independence in front of the blockade.
“We are not ready to surrender, and will never be ready to surrender, the independence of our foreign policy,” he said.
Saudi Arabia, Egypt, Bahrain, the United Arab Emirates, Libya, and Yemen banned commercial relations with Doha, leaving the tiny Gulf emirate physically and politically isolated from the rest of the region.
The six Arab nations also suspended Qatar from the military coalition that is fighting in Yemen’s civil war against Iranian-backed Houthi rebels.
The countries decided to halt all land, air and sea traffic with Qatar, eject its diplomats and ordered Qatari citizens to leave the Gulf States within 14 days.
Several other Arab and African countries have cut diplomatic ties with Qatar in solidarity with their Gulf allies.