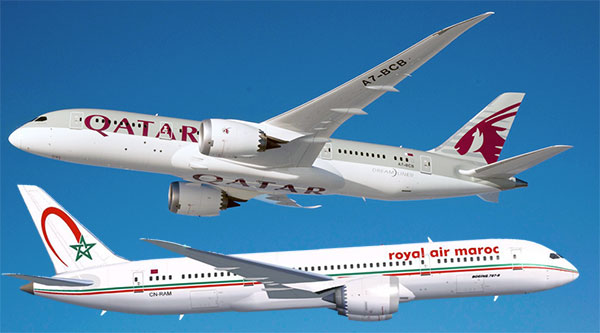 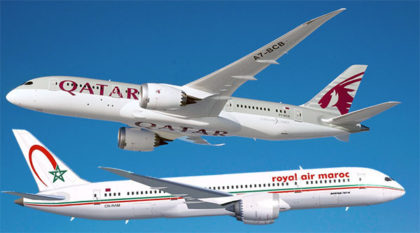 Morocco’s flag carrier, Royal Air Maroc, said that it maintains its five weekly flights to Doha although it cancelled flights transiting through Doha Airport to Saudi Arabia, the UAE, Bahrain and Egypt.

The announcement was made on the backdrop of an unfolding crisis after several Arab countries, including Saudi Arabia, the UAE and Egypt cut off ties with Qatar which they accuse of funding terrorism. These countries have also banned Qatar Airways and closed their borders to air, sea and lad traffic with Doha.

In this context, Royal Air Maroc explained in a statement that “it will continue serving its customers connection flights in Doha in partnership with Qatar Airways to the exception of four countries: Saudi Arabia, Bahrain, the UAE and Egypt.”

The Moroccan airline requested its customers who bought tickets to the four cancelled destinations to contact the company’s call centre to get information on necessary measures.

“Morocco is closely following the unfolding of events in the Gulf countries and the Moroccan diplomacy, known for restraint and wisdom, is in contact with all countries to understand what happened,” Morocco’s Foreign Minister, Nasser Bourita told the local press.

Despite geographic distance, Morocco maintains strong ties with GCC countries, notably Saudi Arabia and the UAE. In April 2016, a GCC-Morocco summit stressed the importance of the strategic partnership binding the two parties.

The severance of diplomatic ties with Qatar is snowballing as other countries close to Riyadh are either condemning or downgrading ties with Qatar, such as Gabon and Jordan.

The six Arab nations also suspended Qatar from the military coalition that is fighting in Yemen’s civil war against Iranian-backed Houthi rebels.

The countries decided to halt all land, air and sea traffic with Qatar, eject its diplomats and ordered Qatari citizens to leave the Gulf states within 14 days.