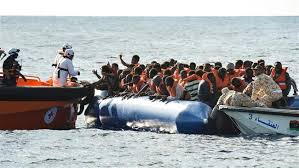 Germany pledged Thursday to provide an additional $3.9 million to help Libya improve living conditions of refugees in the North African country. The pledge comes in response to a call from the UN refugee agency, UNHCR.

The German assistance was announced during the visit Foreign Minister Sigmar Gabriel paid to Tripoli. He said Germany is paying the “lion’s share” of a 100-million-euro regional program run by the International Organization for Migration.

The additional money will be used to improve living conditions at refugee centres in Libya. Many refugees fleeing the Mideast and Africa transit through Libya before attempting the perilous journey across the Mediterranean to Europe.

Following a visit paid lately to Libya, UN High Commissioner for Refugees, Filippo Grandi said he was shocked at the harsh conditions in which refugees and migrants are held in Libya, a situation due to lack of resources
“Children, women and men who have suffered so much already should not have to endure such hardship”, he added, announcing that UNHCR has decided to step up its presence in Libya in response to the worsening humanitarian crisis resulting from conflict, insecurity, political instability and a collapsing economy in the North African country.

Amid the increasing complexity of refugee and migrant movements through and from Libya, Grandi visited Tripoli wherein he met refugees and migrants in some of Libya’s many detention centres.

Some 300,000 Libyans have been displaced by ongoing conflict. In all, more than 1.3 million people – including internally displaced people (IDPs), as well as vulnerable Libyans, host communities, migrants, refugees and asylum seekers – are in urgent need of humanitarian assistance.