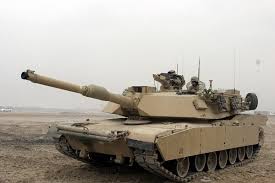 Another cargo of five US-made M1A1 Abrams main battle tanks arrived in the port of Casablanca on Wednesday (May 7), reported Far-Morocco, a website specialized in armaments and defense.

This cargo and a similar delivery in July 2016 are part of an order of 250 of this type of third generation battle tanks, as the Royal Armed Forces have launched an ambitious program to modernize and upgrade their arsenal and equipment.

The contract to supply Morocco with the 250 tanks, worth over one billion dollars, according to specialized media, was approved by the US Congress in 2011 and signed in 2013.

Under the $358m foreign military sales (FMS) contract, the General Dynamics Land Systems (GDLS) company will upgrade a total of 150 M1A1 Abrams tanks for sale to the Kingdom of Morocco.