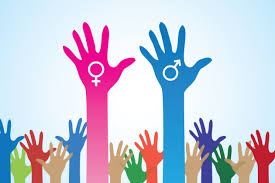 Morocco has been awarded a UNESCO prize in recognition of its efforts in promoting the gender approach in fisheries sciences.

The award was handed by UNESCO Director Irina Bokova to Moroccan Minister of Agriculture, Maritime Fisheries, Rural Development and Water and Forests, Aziz Akhannouch, at A ceremony organized by the UNESCO Intergovernmental Oceanographic Commission, on the sidelines of the UN Conference on Oceans held in New York (June 5-9).

Speaking on this occasion, Akhannouch said he was honored to receive, on behalf of Morocco, this award, which recognizes the North African country’s efforts in strengthening fisheries and ocean sciences.

A distinction in the gender approach category “particularly delights us because gender equality in research is not sufficiently valued,” he said, insisting that the situation needs to change.

In Morocco, women constitute 33% of the people active in oceanographic and fisheries research, he said, adding that this percentage increases year on year.

The woman component in scientific research is “fundamental”, Aziz Akhannouch said in a statement to the press, expressing optimism that women’s contribution to fisheries research and their presence in the world of oceans will steadily grow.