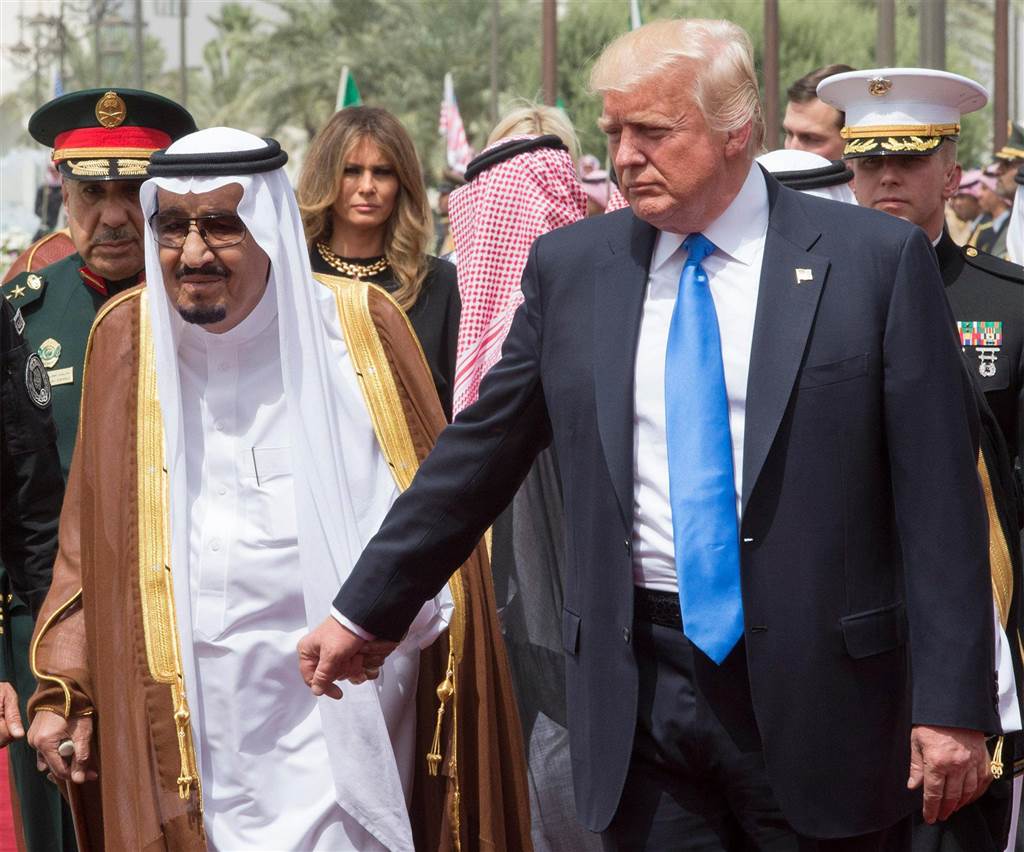 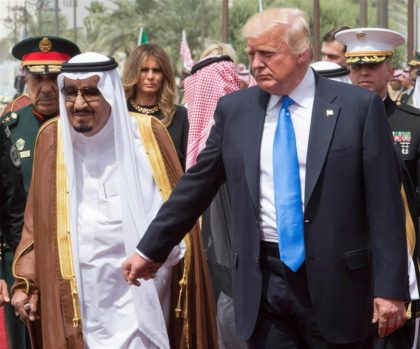 The US President Tuesday shocked his own administration after he took the Saudi side in the crisis involving Qatar and several of its neighbors.
Donald Trump boasted via several tweets that the speech he delivered two weeks ago in Riyadh “was already paying off” adding that Qatar has been singled out as terrorism supporter.

“So good to see the Saudi Arabia visit with the King and 50 countries already paying off. They said they would take a hard line on funding extremism, and all reference was pointing to Qatar. Perhaps this will be the beginning of the end to the horror of terrorism!” Trump said in a series of Twitter posts.

Saudi Arabia is leading a regional blockade against tiny gas-rich Qatar. Saudi Arabia, United Arab Emirates, Bahrain, Yemen and Egypt Saturday severed ties with Qatar accusing it of supporting internal dissident groups. They were joined in their move by Libya, the Maldives and Mauritania.
The group also imposed territorial and aerial ban on Qatar-bound ships and planes causing shuffle in international air and maritime traffic.

Donald Trump’s tweets contradict Washington’s position on the crisis, as White House spokesperson Sean Spicer said the United States is communicating with all the parties in the Middle East “to resolve issues and restore cooperation” over the Qatar dispute.

“The US still wants to see this issue de-escalated and resolved immediately, in keeping with the principles that the president laid out in terms of defeating terror financing and extremism.”

The State Department Monday pointed out that it hoped a quick resolution of the row through dialogue.

The Pentagon also contradicted Trump’s position as it praised Qatar for the cooperation in the fight against terrorism.
Pentagon spokesman Navy Captain Jeff Davis indicated that Qatar has an “enduring commitment to regional security”.

Qatar is currently house to the US largest military base in the Gulf, used by the US-led international coalition in Syria, and Iraq. Thousands of US military forces are deployed to al Udeid Air Base.