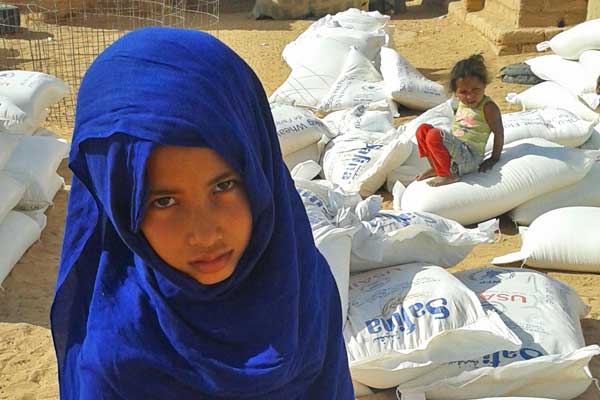 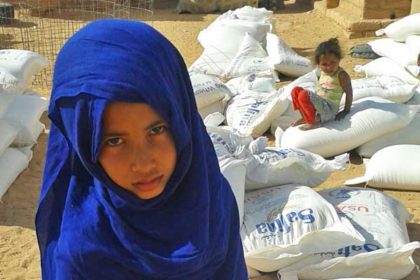 The UN Secretary General, Antonio Guteres, expressed deep concern over the shortage of food supplies sent to the population held in the Polisario-run camps in southwestern Algeria.

“The Secretary-General is deeply concerned over the plight of tens of thousands of Sahrawi refugees in Algeria, who will have their food rations cut due to lack of funding,” the Spokesperson for Guteres said in a statement.

He added that “Humanitarian aid, including food aid, is a lifeline” for the population held in abject living conditions by the Algerian-backed polisario militias.

“A recent survey highlighted the precarious nutrition situation in the Sahrawi refugee camps and the refugees’ limited access to markets or livelihoods,” he deplored.

The statement shed light on the lack of funding affecting the World Food Program (WFP), which was prompted to cut food rations by almost one fifth this year, and to halt distributions of nutritional supplements to treat anemia and malnutrition in pregnant women, nursing mothers and young children.

Yet the lack of WFP funding is only the tip of the iceberg in the Tindouf camps food supply ordeal. The embezzelement of humanitarian aid by the Polisario and Algeria has been hampering food supplies to the Tindouf camp population for decades.

Last March, Mauritanian authorities foiled an attempt to embezzle humanitarian aid by the Polisario separatists seizing a large amount of foodstuff and medicines.

The seizure comes after the UN Human Rights Council in Geneva denounced at its 34th session the embezzlement of basic commodities such as formula and vaccines.

In 2015, the EU’s anti-fraud office (OLAF) disclosed a report blaming the Polisario and Algeria for diverting humanitarian aid. The OLAF report documents “well-organized, years-long” embezzlement by the Polisario Front of humanitarian aid designated for Sahrawis held in the camps of Tindouf in Algeria.

The report states that aid theft “begins in the Algerian port of Oran, where the sorting between ‘what should arrive and what can be diverted’ takes place.”

Following the disclosure of the report, the European Commission said it would cut aid commensurately with the estimated number of 90,000 people instead of the inflated 165,000 people put forward by the Polisario and Algeria in an attempt to sell the idea of the existence of a “Sahrawi People” with a “republic” in exile.

On the need to undertake a census of the Tindouf camps population to determine actual humanitarian needs and bar the road to embezzlers, the report explains that ”one of the reasons that made these diversions possible is the overestimation of the number of refugees and therefore aid provided.”

Morocco and UN organizations kept calling on Algeria to conduct a census of the population held against their will in the Polisario-controlled Tindouf camps. Morocco puts the number of Sahrawis in the camps at no more than 30,000, while the Polisario separatists and their mentor Algeria claim a largely inflated number.

The lack of such a registration facilitates humanitarian aid embezzlement and leaves the camps’ population without international protection.

Carrying out a head-count of the population held in Tindouf will enable international aid agencies to assess the needs of the population. It will also pave the way for the camps dwellers to obtain the refugee status, which will grant them the right to return to their homeland Morocco or at least the right to freely choose their country of asylum.

Algeria and the Polisario dread such options the most as they continue to trade in the suffering of Sahrawis living in abject conditions.