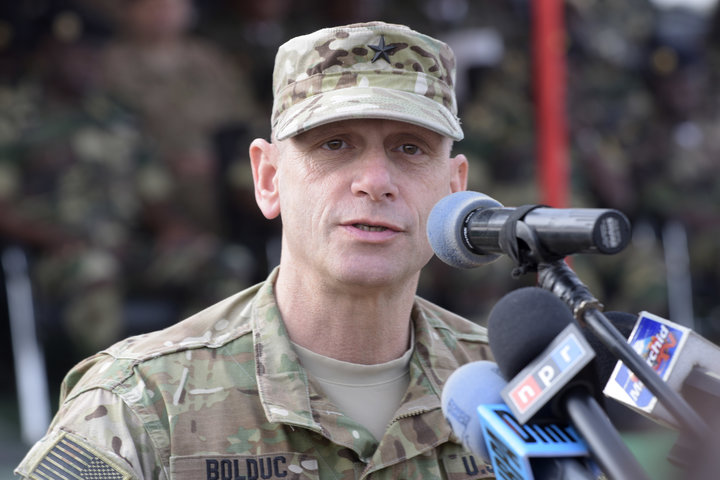 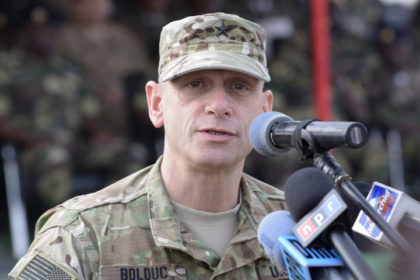 The lack of an overall US strategy is complicating the U.S. military’s struggle to help bring stability to Africa where focus should be on adopting a cohesive policy regarding eastern and northern Africa, according to commander of the U.S. Special Operations Forces in Africa Brig. Gen. Donald Bolduc.

In an article titled “The Gray Zone in Africa” pubished on the Small Wars Journal, Bolduc pointed out to the challenges facing the U.S. to adopt a cohesive strategy regarding the weak central governments in Somalia and Libya, where extremist groups have sought to take advantage of the instability.

He noted that those threats amount to “gray zones,” military parlance for areas of military operations that fall short of open war for American forces.

Bolduc added that NATO’s intervention in Libya to overthrow Gaddafi failed to stabilize the country and prompted a migration crisis. He noted that the U.S. still lacks a clear strategy to confront the threats emanating from North Africa and Libya in particular, which now affects Europe, Washington’s top trading partner.

“The problems in Africa defy solution within a single fiscal year, or the two- to four-year tour of a Geographic Combatant Command commander,” he said, stressing that it will take “at least a generation for a policy to become effective.”

Bolduc shed light on the rising geopolitical competition over Africa, especially the challenges posed by the presence of China and Russia, which have sought to exert more influence.

“Beijing is poised to open its first overseas military base in Djibouti, a small but strategic country that borders Somalia and hosts U.S. forces. Russia has met with Libyan officials and has reportedly deployed small numbers of special operations troops to North Africa in a sign of growing interest,” he said.

Bolduc called for adopting a pre-emptive and anticipatory approach in addressing the threats to the security environment in Africa. “The U.S. needs to move faster in identifying emerging dangers before they grow into threats to governments and regions,” he wrote.