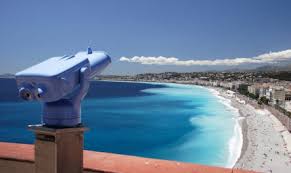 The film commissions of Andalucia and Tangiers, Italy’s Rome Lazio Film Commission, Spain’s Film Commission, France’s Ile-de-France and the Carthage Film Festival have agreed to foster film industry ties among Mediterranean countries.
They have agreed to set up a Euro-Mediterranean Audiovisual Centre. The pact was spearheaded by Lazio Film Commission president Luciano Sovena who has long been building cinematic collaboration between Italy and North African territories.
“Having Spain and France come on board is a game changer,” Sovena said, noting that France already has La Fabrique des Cinémas du Monde mentoring and matchmaking program in place that regularly spawns collaborations between France and North Africa.
The goal is to strengthen Mediterranean moviemaking ties through a wide range of initiatives including co-productions, distribution incentives, and synergies among film festivals, Sovena added.
Other North African countries, besides Tunisia and Morocco, are expected to soon join the Euro-Mediterranean Audiovisual Center which, despite its name, is an alliance that at this stage does not actually have a base in a physical space.
The Euro-Mediterranean alliance was inked by Lazio’s Sovena; Spain Film Commission’s Teresa Azcona; Ile-de-France’s Joanna Gallardo; Andalucia’s Piluca Querol; Lamal Souissi for Tangiers film commission; and Carthage Film Festival director Nejib Ayed.