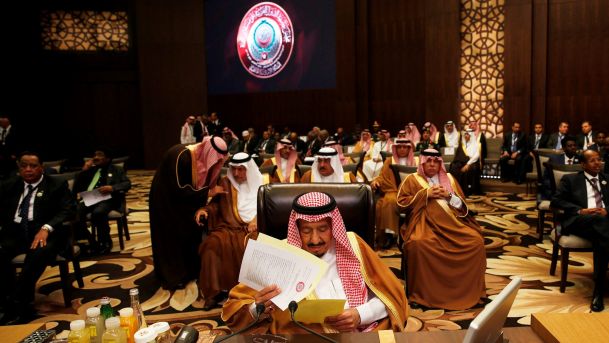 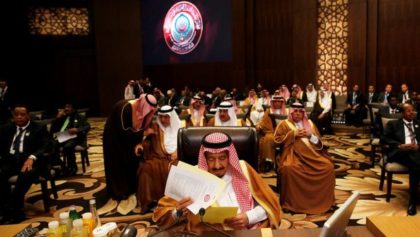 The offer comes as leaders of the Gulf States doubt Israel’s keenness to enter in negotiations with Palestine.

Tel Aviv is mulling plan to move the Israeli capital to Jerusalem; an idea backed by Washington, which also indicated that it would move its embassy to the holy city.

Palestinians are planning to make the Eastern part of the city the future capital of the Palestinian state.

To lure Israel to move towards peace, the Gulf States have proposed a series of incentives including lifting of trade bans, direct telecommunication, the Wall Street Journal has learned.

The Gulf States also promised to allow Israeli aircraft to overfly their countries, issue visas to Israeli sports teams and trade delegations for events in Arab states and opening the region for Israeli trade and business. Israel in return will freeze settlement projects in the West Bank and end the decade-long blockade on Hamas-ruled Gaza.

According to the American media, the offer is “outlined in an unreleased discussion paper shared among the Gulf States. Saudi Arabia and the United Arab Emirates (UAE) are said to be the main authors of the paper.

A senior Arab official familiar with the offer told the American media that “Israel is no long an enemy but a potential opportunity.”

Israel officially enjoys ties with only two Arab countries; Jordan and Egypt. Ties between the Jewish state and the Gulf States have warmed up given the growing influence of Iran in the region and the terror threat by the Islamic State group (IS).

Israel has been sharing secret intelligence mainly with Saudi Arabia and UAE.

Israel’s energy minister Yuval Steinitz who made a secret visit to UAE to discuss regional issues last year told the Wall Street Journal that things have greatly improved between the Arab countries and Israel.

He also pointed out that Israeli technology, including for surveillance, is being shared with Saudi Arabia and the UAE, Times of Israel reports.

“Israel has developed cutting-edge technology that allows us to detect terrorist plots in advance,” he said.

“This enables us to help moderate Arab governments protect themselves.”

His comments were backed by director-general of Israel’s Intelligence Ministry Chagai Tzuriel who indicated that a lot is being done behind the scenes.

“There’s a gap between what’s on the table and what’s under the table,” he said.

“Everyone understands that when you look at the long run, the deeper relationships are going to be in the civilian area: energy, water, agriculture, medicine, transportation.”