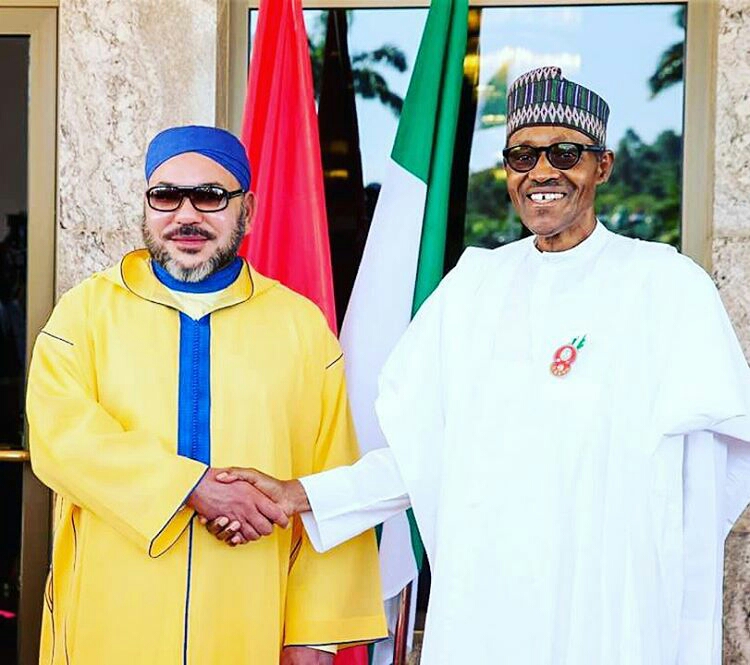 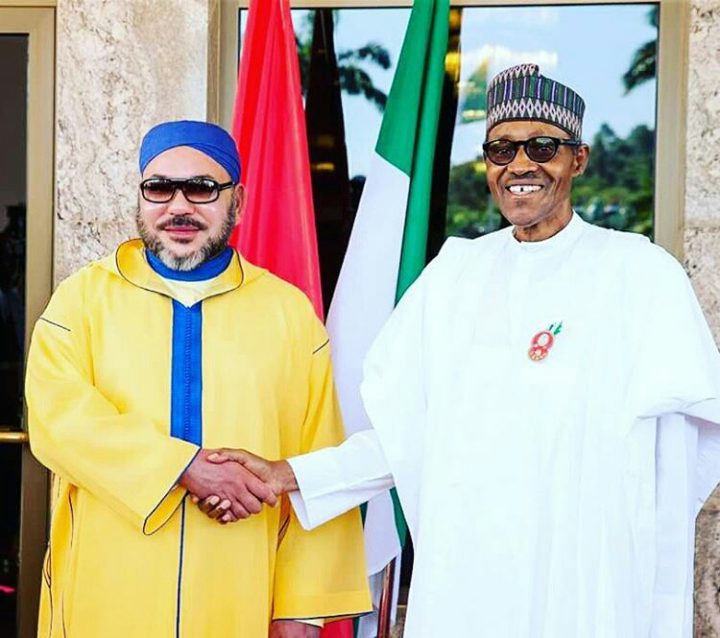 Morocco and Nigeria are making headway towards the achievement of the Atlantic Gas Pipeline that is meant to carry Nigerian gas through six countries to Morocco with a potential for export to Europe.
To materialize this project, additional agreements were signed in Rabat in the presence of King Mohammed VI and Nigeria’s Foreign Minister Geoffrey Onyeama. Upon completion the pipeline will be a lever for more integrated west Africa.

The project evidenced the multidimensional African policy adopted by Morocco for decades. This forward-looking vision, spurred by King Mohammed VI himself, attaches utmost importance to co-development and the exchange of expertise with African states. Before it applied to regain its legitimate place at the African Union, Morocco laid foundation of a win-win partnership with numerous African countries and geared 80% of its foreign investments towards the continent, notably in the field of finance, agriculture, air transport, education and industry.

The Atlantic Gas Pipeline, to stretch over 4000km, is an ambitious project that will extend to the Mediterranean the existing West African Gas Pipeline transporting Nigerian gas to Ghana.

After the two countries’ sovereign wealth funds signed the first agreements during the King’s visit to Abuja last year, feasibility studies agreements were sealed. The pipeline will most likely stretch along the coast connecting the already existing pipeline between Nigeria and Ghana with other west African countries including Côte d’Ivoire, Liberia, Sierra Leone, Guinea, Guinea-Bissau, Gambia, Senegal and Mauritania.

The pipeline will have a beneficial impact on Morocco, Nigeria and West African countries. As it seeks to diversify its energy mix and reduce dependence on Algerian gas, the pipeline will give Morocco an additional source of energy. The pipeline will also help Nigeria gain a steady flow of gas export and will drain investments to boost production. With 30% of the continent’s gas reserves, Nigeria’s production remains largely untapped and this project may trigger production.

West African countries from which the pipeline will go through will see their electrification efforts boosted. They will also improve their energy security and bolster revenues from royalties of the gas transfer. The pipeline will create a common interest among West African states and will add impetus to collective efforts to maintain the region’s security. The project will give momentum to economic integration as well in the ECOWAS region.

In his Speech at the latest African Union Summit in Addis Abeba, King Mohammed VI highlighted the regional impact of the project saying that it “will, indeed, contribute to creating a regional electricity market and be a substantial source of energy which will help develop industry, improve economic competitiveness and speed up social development.”

“The project will thus create wealth for neighboring countries and populations, generating crucial momentum that will stimulate the emergence and the development of parallel projects,” the sovereign went on to say, noting that the pipeline “will help build more peaceful bilateral and multilateral relations and thus create an environment conducive to development and growth.”
Morocco succeeding where Algeria failed

However, the geopolitical situation and security threats in Nigeria and some West African countries made several analysts voice fears that the project may face the same fate as the uncomplete Trans-Saharian gas pipeline that was supposed to channel Nigerian gas to the Mediterranean through Algeria.
Yet, there is no room for comparison between the Atlantic Gas Pipeline and the Trans-Saharian one. Before launching the project, Morocco convinced and received the approval of West African countries that will be crossed by the pipeline. The Kingdom’s reputation as a safe investment destination is also making it easy to gather the necessary funds to complete the project, which will cost, according to estimates, more than $10 billion.
This is all the more so given that Arab financial institutions may contribute to the project financing. Actually, in a message to the annual meeting of the Arab financial institutions held in Rabat last April, King Mohammed VI urged these institutions to get involved in the pipeline project, a model of South-South cooperation.
The involvement of Arab financial institutions could accelerate the timetable of this mega project.
The possibility of building the pipeline offshore will also drastically reduce security threats and hazard that may jeopardize the pipeline.
The Trans-Saharian gas project that was negotiated between Algeria and Nigeria in 2002 failed because of a lack of funding. But that is only the façade. The Trans-Saharian project failed notably because of Algeria’s unwillingness to offer its main client, Europe, an alternative source of gas. Algeria nurtured the illusion of becoming Russia’s Europe to South.
On the other hand, several reports by international think tanks warned that Algeria’s domestic consumption of gas is on the rise coupled with a falling production. The country’s export capacity is steadily decreasing making it an unreliable gas supplier. Therefore, the Moroccan-Nigerian pipeline will offer Europe a much needed new source of gas that will reduce European countries dependence on Russian and Algerian gas.
In addition to that, security conditions in northern Nigeria and the Algerian south remain volatile with the presence of terrorist groups taking advantage of porous borders and attacking pipelines and gas installations. This adds to the unfeasibility of the Trans-Saharian project and gives credence to the Atlantic gas pipeline project to channel gas through offshore pipelines.
The project is a result of a south-south cooperation approach that underpins Morocco’s African policy. Through launching joint ventures with a beneficial impact on the region’s integration and economic development, Morocco is gaining credibility in the continent as a reliable partner. The project evidenced that the era of ideological rhetoric is over and that economic cooperation is a lever of political cooperation in the region. By building shared interests in the region through the gas pipeline, Morocco is making a step forward towards joining the ECOWAS and making new allies in the region.