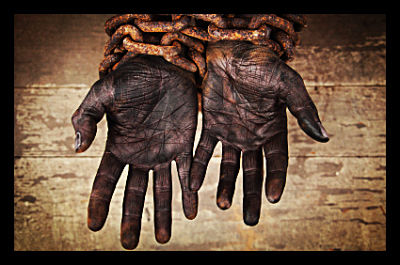 Mauritanian authorities were strongly criticized in a UN report for discriminating against the Haratins and Afro-Mauritanians who remain excluded from all positions of power coupled with economic and social marginalization.

“Haratines and Afro-Mauritanians are excluded from almost all positions of real power and many aspects of economic and social life, which has the consequence of condemning them to poverty,” said the Special Rapporteur on extreme poverty and human rights, Philip Alston, in a report following his mission to Mauritania.

The report, drafted in May 2016 and sent to the 35th session of the UN Human Rights Council, notes that “a large part of the population continues to live in multidimensional poverty, deprived of access to adequate food, education, water and sanitation, and health care”.

The report added that eliminating poverty in the West African country faces several challenges, notably the lack of recognition of social and economic rights, the absence of accurate and disaggregated data and shrinking civil society space.

The Special Rapporteur put forward recommendations in the report echoing the demands of several civil society bodies, particularly the National Agency for the Eradication of the Vestiges of Slavery.

Besides tough enduring economic and social exclusion, Black Mauritanians continue to endure political oppression and violence. Several members of the anti-slavery movement, the Initiative for the Resurgence of the Abolitionist Movement (IRA), were arrested last July for calling for an end to slavery in the country.

Mauritania was the last country in the world to abolish slavery in 1981 and it was not until 2007 when it passed a law criminalizing the act of owning another person. Yet, enslavement continues to be practiced with estimates of enslaved people ranging from 10% to 20% of Mauritania’s 3.4 million strong population.