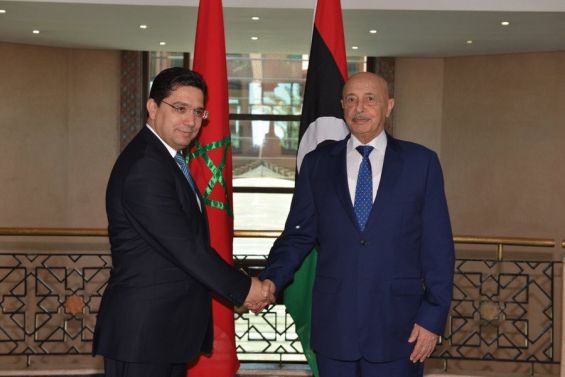 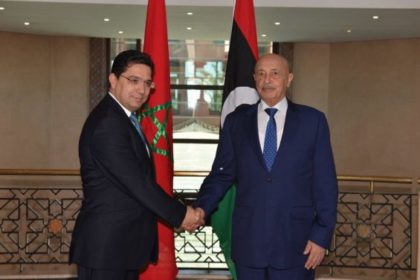 As Morocco continues to undertake mediation efforts to bring the warring factions in Libya into accepting a political solution that safeguards Libya’s stability, sovereignty and territorial integrity, Algeria has meddled in the country’s crisis, violated its sovereignty and took sides in a Libyan internal power struggle.

Morocco’s mediation efforts previously culminated with the Skhirate Agreement in 2015 establishing a unity government, called the Government of National Accord (GNA). The agreement failed to impose its authority over the whole country, as Libya continues to be split between two rival governments: one based in Tripoli and the other based in the eastern city of Tobruk. The government in Tripoli is backed by the United Nations, while the government in Tobruk, which supports Khalifa Haftar, has long expressed its unwillingness to abide by the Skhirate Agreement.

Haftar, supported by Russia, Egypt and the UAE, has on multiple occasions called for a new government and threatened a military takeover of Tripoli.

In this tense context, Speaker of the Tobruk-based parliament, the internationally-recognized House of Representatives, Salah Aguila, an ardent supporter of Haftar, paid a visit to Morocco. He told the press following a meeting with Morocco’s Foreign Minister Nasser Bourita that his parliament recognizes the Kingdom’s efforts to mediate a negotiated solution to the Libyan conflict and asked for the Kingdom’s help to lift the arms embargo imposed on the Libyan army.

This visit reflects Morocco’s standing as a credible and neutral mediator in the conflict treating the rival parliaments in the country on an equal footing. This adds legitimacy to Morocco’s mediation efforts breaking away with the interferences practiced by Algeria and Egypt whose support for Haftar’s military advance was evidenced on multiple occasions.

Speaking to the press following talks with Aguila in Rabat, Morocco’s foreign Minister Nasser Bourita said that Morocco will, upon directives from King Mohammed VI, continue efforts to facilitate a political solution in Libya.

Bourita said that the Skhirate agreement offers a basis for settling the Libyan crisis. “The agreement should evolve in tandem with changes on the ground,” he said, adding that amendments can be added if necessary.

“Morocco has a clear position concerning the situation in Libya. The Kingdom calls on all parties to undertake voluntary efforts in favour of the Libyan people and its unity,” said Bourita.

In the meanwhile, Algeria’s Minister for Maghreban and African Affairs Abdelkader Messahel has undertaken a second tour in Libya’s south without informing Libyan authorities. This act has been viewed by Libyan officials as a meddling in the country’s internal crisis.

Algeria’s past generous support for Haftar and now its shift towards an unconditional support for the Tripoli-based Government gives little credence to Algiers’ endeavor to show itself as a regional power capable of overseeing negotiations in Libya.

The Tobruk-based Parliament has indeed vented its frustration at Algiers lack of neutrality. In a statement, the Parliament denounced the Algerian Minister’s violation of Libya’s sovereignty and warned of the “consequences” of this Algerian meddling.

The statement denounced the “visit by the Algerian minister to cities in southern Libya without receiving an authorization as if he was on a tour in a southern Algerian province.”