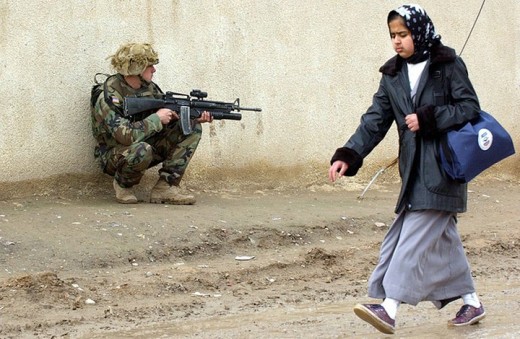 The EU and State-Building in Failed States: European Engagement in Afghanistan

Failed states are considered as one of the most potent threats to international peace and security – soft security threats and risks in terms of organized crime, terrorism, illicit drug trafficking, illegal migration to money laundering, originating from failed and fragile states are the major security challenge in the post Cold War era.

Failed and weak states are the main source of narcotics and many of the countries through which drug supply routes pass are also subject to domestic conflict and political instability. Today, one-and-a-half billion people live in areas affected by fragility, conflict, or large-scale, organized criminal violence, and no low-income fragile or conflict-affected country has yet to achieve a single Millennium Development Goals (MDGs).

Back in 2001, Afghanistan was widely seen as the worst case of state failure. As a safe haven for terrorists and the largest opium producer, Afghanistan under Taliban was a severe threat to world peace and security. Though Al-Qaeda has weakened now, its terrorist networks with jihad groups still exist. Thus, terrorist and criminal groups, drug production and humanitarian crisis in Afghanistan remain a concern for international community. Legitimate and effective state institutions are the sine qua non for peace, security, conflict prevention as well as reconstruction and development in the post war Afghanistan. Therefore, the EU has adopted political-civil approach based on the principles of human security and good governance towards the Afghan crisis and has taken the initiatives to build the state institutions.

The EU and State-Building

European Security Strategy 2003 mentioned failed states as one of five threats facing European society. Review of European Security Strategy in 2008 observed that threats of terrorism, organized crime and state failure still exist. For example, in Somalia that was at the top of the failed States Index (FSI) in 2011, piracy, criminal activities and displacement are carried out due to collapse of central authority and lack of rule of law. European countries transportation oil from Middle East through Gulf of Aden has been threatened by Somali pirates.

The EU emphasizes the state-building, ‘democratic governance’ and ‘strengthening of capabilities of states to fulfill their core functions’ to address the state fragility. The EU puts a premium on its soft power approach, primarily based on principles of human security and social and political development, which is indispensable for promoting good governance and inclusive development, protection of human rights and empowerment of weaker sections of the society. This will create an appropriate environment for a long-lasting solution for instability and eradicate the roots of terrorism.

Challenges of Reconstruction and Development in Afghanistan

The World Bank estimated in 2000 that Afghan state was in the lowest percentile in all six areas of governance that the bank tracks: voice and accountability, the rule of law, control of corruption, government effectiveness, regulatory quality, and political stability. At that time, the Taliban government collected less than one per cent of Gross Domestic Product (GDP) in revenue, compared to an average of 11 per cent across South Asia and 26 per cent worldwide. There was no professional army or police force, leaving warlords to wage mini wars against one another. The Economist called Afghanistan ‘worst country’ in the world in January 2001.

Although Afghan economy has recovered to a considerable extent in recent years, it still remains one of the poorest and least developed countries in the world with more than 42 per cent population below poverty line. Afghanistan stands at the 172 position out of 187 countries in the Human Development Index and at 141 out of 146 countries in the Gender Inequality Index. It has one of highest infant mortality and mother mortality rates and one of the lowest life expectancy and literacy rates. Current government system of Afghanistan is riddled with corruption and malpractices. It stands third from the bottom level in Transparency International Index 2010. Afghanistan is still a predominant supplier of illicit opiates in the world, accounting for more than 90 per cent of world production and trade.

Security remains the major concern in the country. In many parts of the country, a sense of insecurity among Afghan people is rife. NATO has already endorsed the exit plan from Afghanistan at the Chicago Summit held on 20-21 May, 2012 and it was decided to end the Afghan mission and complete the transfer of command of security to the Afghan National Security Forces by the end of 2014. Although international forces may have broken down the “momentum of Taliban”, security in Afghanistan is still fragile as major parts of the country are vulnerable to terrorist attacks.

The EU Assistance for Rebuilding Afghanistan

Though major European countries deployed their troops in Afghanistan, the EU has primarily been engaged in the state-building and reconstruction and development process. The focal points of the EU’s activity are governance, rural development, social protection, infrastructure building, electoral reform and regional cooperation for economic development. Other areas of the EU’s activities are where other development agencies have not been involved such as energy, environment protection and gender empowerment.

The EU and its Member States combined have committed around 8 billion Euros in aid in 2002-2010. For the 2011-2013 period, the EU alone has pledged around EUR 200 million a year. Around 90 per cent of EU assistance had gone in the fields of governance, rural development and health sector from 2002 to 2010. All in all, the EU has been one of the largest donors for development and state-building so far. Considerable progress has been achieved in state-building and in the field of social, economic and infrastructure development in Afghanistan since 2001. Most notably, after a decade, there has been a sevenfold increase in the number of children attending school and significant improvement in health care.

By 2008, 80 per cent of the population had access to basic health services and Afghan children were immunized against diphtheria, pertussis and tetanus at the same rate as children in the rest of the world. The infant mortality rate has decreased by a third and life expectancy moved upward. Today, one third of roads in the country are paved by 2008 against 13.3 per cent in 2001. Access to water is more than doubled; electricity and sanitation has also improved significantly since the fall of Taliban regime. Opium production and area of cultivation decreased after 2008 – by 2009, a total of 20 provinces were poppy free. Police and judicial reforms are two major sectors of the state building led by the EU and European countries. Both Germany and the EUPOL have developed the infrastructure for training, provided trainers and funds for establishing professional police force in Afghanistan. New Police Academy has been built, and strength of ANP reached up to 148,932 in October 2011. Surveys conducted by the United Nations Development Programme and the Asia Foundation show that overall 79 per cent of people who were surveyed report a favorable opinion of the police.

Today, Afghanistan is at a crossroads. It will need a long term and effective development assistance to facilitate further strengthening of its state institutions and promoting future economic development. European engagement has yielded some positive results in rebuilding Afghanistan. Although improvement can be observed, for example, in basic infrastructure and police reform, more resources and training for the Afghan police are needed. As security is the main concern in the country, further strengthening of the police force is crucial. With the enhancement of institutional set-up in Afghanistan being one of the top priorities, in the coming years, European development assistance programs need to be more effective and better coordinated.