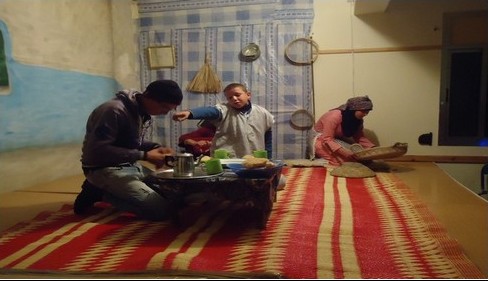 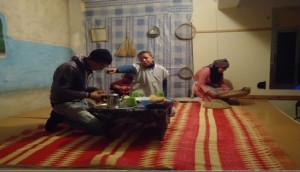 The 4th edition of the national cultural festival of Amazighe Theater opened on Monday night at regional theater of Batna in a friendly atmosphere enhanced by the rousing sounds of local folk groups. The opening ceremony of the annual event was attended by a large crowd and important dignitaries amongst which were members of the Algerian national theatre.
In accordance with the tradition it has linked itself to since its inception, the head of the organizing committee honored people who have left their marks on Algeria’s history and amongst which were dramatist Ait Mohand Ighil (Béjaïa), Youcef Laâssakar, an Amazigh heritage researcher (Ghardaia) and comedian Mohieddine Bouzid (Batna).
Theatre groups from four different regions within the country have been invited to showcase their talents during the event. They are from the region of Batna, Bejaia, Tizi Ouzou and Oum El Bouaghi. According to the technical director of regional theater of batna, Salim Ferroudj, the four groups will be joined by twelve other theatre companies to grace the festival for the first time after being chosen by a committee in order to uplift the level of drama in the country.
This year’s event is being held under the theme “continuity and development” and the curtains by a choreographic presentation titled “Ettahadi” (the challenge), which highlighted the principal phases of Algerian history which was done a young choreographer, Riadh Beroual, in commemoration of the country’s fiftieth independence anniversary. It was described as a poetic and patriotic piece.
The festival will be taking place at the batna’s regional theatre and will end on the 18th of December. A conference on the “state and perspectives” of Amazighe theatre as well as training of body language techniques and directing of dramas to the youth will also be held.