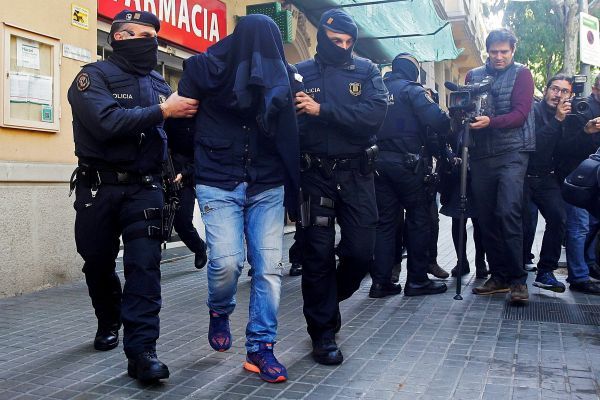 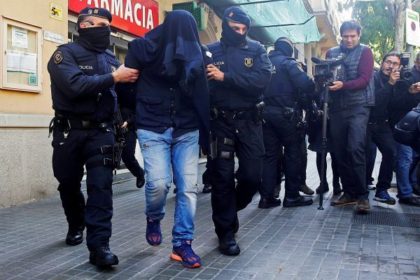 Catalonia security forces, Mossos d’Esquadra, announced Tuesday the arrest of nine terrorists including eight Moroccan nationals in the province of Barcelona in a large counter-terrorism operation expanded to the kingdom of Morocco.

The terrorists, all men, were arrested thanks to the collaboration with citizens who helped investigators identify the men operating in different locations of the province, the Catalonia police noted.

Aged between 30 and 40, the men were nabbed in cooperation with the Belgian police, which suspect them of connection with a terror organization and criminal activities.

Belgian authorities have been able to establish links between some of the men and terrorists arrested in connection with the terror bomb attacks against Brussels Zaventem airport and metro station last year. Daech claimed responsibility of the attacks, which killed 32 people.

It took 8 months to establish the connections, the Mossos d’Esquadra told media.

Police conducted raids in 11 different places in the province to arrest the men and recovered documents, electronical appliances, money, computers, weapons and drugs of different types, according to press reports.

The investigations have been expanded to Morocco. “Currently, the Catalonian police and the national police are helping their Moroccan counterparts to conduct searches in different residences in Morocco belonging to the arrested individuals,” Catalonian security authorities said.