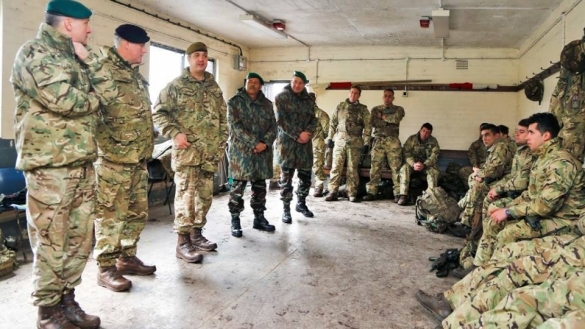 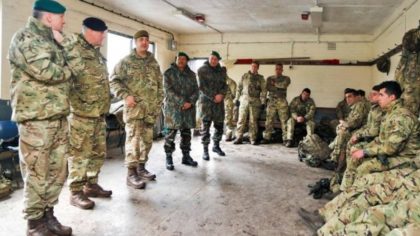 The Strait of Gibraltar is the venue of the Jebel Tarik 2017 joint military training between Morocco’s parachutist brigade, the Moroccan Deuxieme Brigade d’Infanterie Parachutiste (2BIP) and the Royal Gibraltar Regiment.

FAR-Maroc, a website specializing in military issues, said that a second military exercise will take place in the region of Marrakech in the Middle Atlas area.

The Royal Gibraltar Regiment has been conducting annual military drills with the Royal Armed Forces since 2000. These exercises offer the Gibraltar army a wider area for training than what is obviously available in Gibraltar.

The Jbel Tarik military training takes place at the same time as the African lion 2017 between the Moroccan and the US army in the south with the participation of armies from allies in Europe (France, Spain, UK and Germany) as well as Africa (Mauritania, Senegal and Tunisia)

By the past, military exercises between Gibraltar and Morocco have raised the suspicion of Spain, which claims the British rock.

Gibraltar, the self-governing British overseas territory, is yet again in the middle of a tussle with Spain in the wake of the Brexit vote.

Since it fell to the British in 1704, the Rock has always been of utmost importance for the UK’s military and commercial interests in the Mediterranean.

North Africa Post's news desk is composed of journalists and editors, who are constantly working to provide new and accurate stories to NAP readers.
NEWER POSTEight Moroccans Arrested in Counter-terrorism Operation in Spain
OLDER POSTMauritanians to decide on July 15 whether President could extend reign