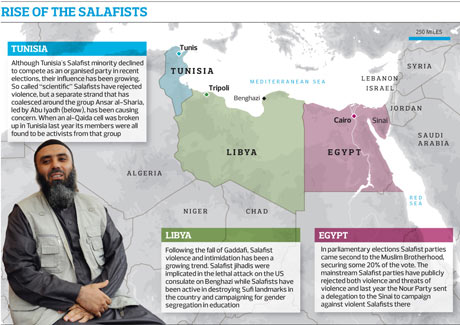 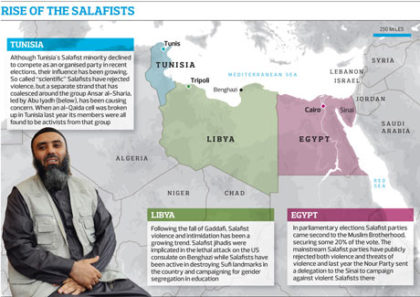 Morocco has been shown as one of the few countries with a low presence of Salafism in a map published on the Geopoliticalfutures.com website.
Morocco together with Lebanon, Qatar and Bahrain were painted light green in the map where the majority of Arab countries have been painted red or brown standing respectively for high and medium presence of Salafism, an ultraconservative branch within Sunni Islam that emerged in Saudi Arabia in the first half of the 18th Century. The branch derives its appelation from its endeavor to return to the traditions of what they deem as “devout ancestors” called Salaf in Arabic.
In a comment on the map, Geopolitical Futures notes that Saudi Arabia has exported Salafism to the rest of the Muslim world. It adds that this branch of Islam that espouses ultraconservative ideas was spread through purchasing mosques, underwriting seminaries, publishing literature, dispatching clerics and supporting charities.
“Over time, however, it gradually lost control over the Salafist ideology itself, and three distinct branches formed: Quietist, Jihadist, and Electoral,” Geopolitical Future explained.
The same website stroke a difference between the three branches of Salafism namely Quietists, Jihadists and the Electoralists. In this respect, Quietists were defined as the “most dominant stand of Salafism” that seeks to promote ultra conservative interpretations of Islam through proselytization.
Jihadists, for their part, add a violent dimension to their proselytization where armed insurrection is used to achieve the ultraconservative religious agenda.
The electoral branch, said Geopolitical Futures, emerged in the wake of the Arab Spring when Salafists saw in polls a bridge to reach power.