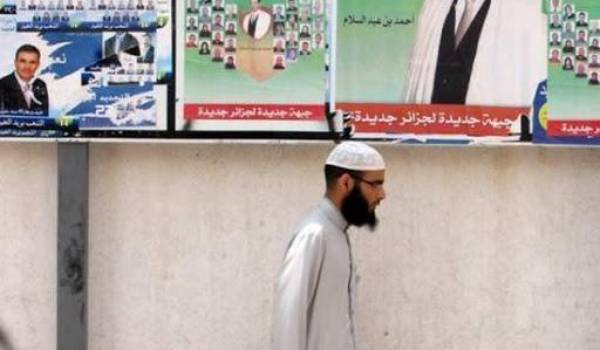 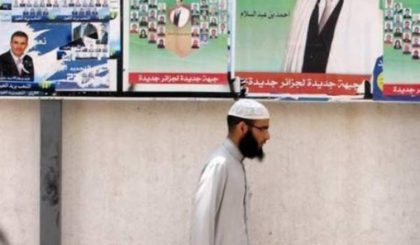 As Algeria braces for Parliamentary elections on May 4, 2017, the FLN-led government sees the upcoming polls as a means to keep the political status quo feeding the disenchantment of a population battered by worsening economic conditions.
The 2017 parliamentary elections are taking place in a context marked by an acute crisis reminiscent of the financial crisis that shook the country in the late 1980s.
On the backdrop of the fall in oil prices, Algeria has been depleting its coffers with reserves falling from $194 billion in 2013 to $109 billion last February. Besides the decreasing revenues and ailing economy, Algeria faces instability threats emanating from the struggle between the regime’s elites, opacity regarding succession of President Bouteflika and a domestic Jihadist threat coupled with a possible spill-over of the turmoil in Libya and Mali.
The absence of genuine reforms and the adoption of austerity measures including new taxes and reduction of subsidies also threaten to infuriate protests. In Algeria, protests have always been expressed in the street rather than through the ballot box or institutions. The price hikes have always been met with violent protests as was the case in 2011. Then, the government had enough reserves to buy off social peace.
Amid such gloomy domestic and regional prospects, the FLN leaders call for voters to maintain status quo under the guise of safeguarding stability, which most regime critics describe rather as stagnation leading to an abyss.
“We have to vote massively to reinforce political and security stability in the country and offer support for President Bouteflika,” said Djamel Ould Abbas, head of the National Liberation Front (FLN), the president’s party, at a rally this month.
The Algerian opaque regime, or le pouvoir, continues to invoke, to maintain the status quo, the memories of the 1990s black decade, in which 200,000 civilians lost their lives in a brutal civil war.
Another factor that dissuades Algerians from casting their ballot is the widespread corruption. According to many observers, voter turnout in 2017 might be lower than in 2012 when only 43% of voters went to the polls.
Fixing polls remains a common practice casting doubt on elections credibility in the country.
As the FLN, which has been dominating Algeria’s governments since independence, is expected to win by large margins in a rugged electoral system, several opposition parties opted for boycotting the election.