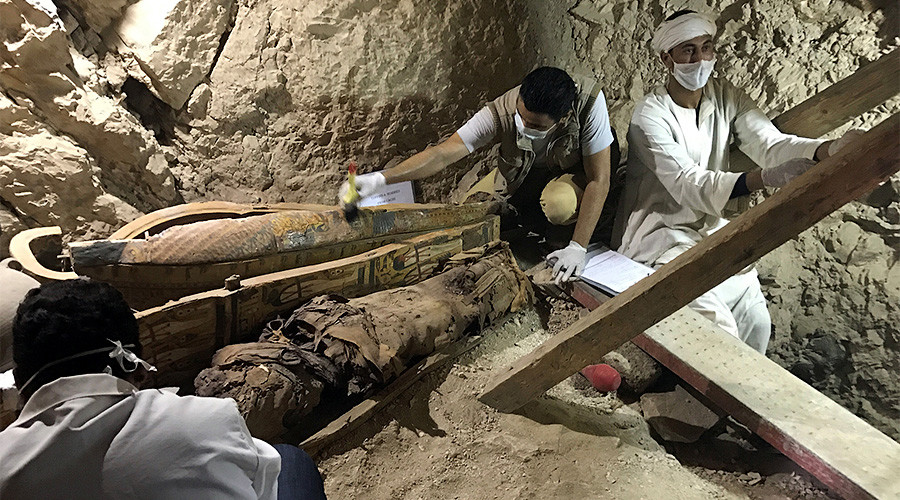 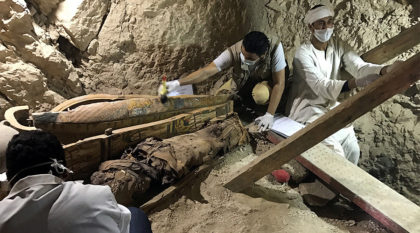 Archaeologists in Egypt last weekend discovered a 3,500-year-old tomb of a nobleman with several mummies, 10 sarcophagi and more than 1,000 statues near the west bank of the Nile River in Luxor.
According to Egypt’s antiquities ministry, the 18th Dynasty tomb, discovered in the Draa Abul Nagaa necropolis near the famed Valley of the Kings, belonged to a nobleman named Userhat who worked as the city judge.
“There are 10 coffins and eight mummies. The excavation is ongoing,” Mostafa Waziri, the head of the archaeological mission, told reporters.
Waziri said the mummies dated back to an age called “the era of the tomb robbers.”
“It’s evident that someone with a conscience, the priests or a high-profile government official… made an opening to the chambers, and they put the coffins there,” he said.
The coffins were mainly well-preserved, though some had deteriorated and broken over the years.
Antiquities Minister Khaled el-Enany said “It was a surprise how much was being displayed inside.”
“We found a large number of Ushabti (small carved figurines), more than 1,000 of them,”
“This is an important discovery,” told reporters outside the tomb.
The minister hopes these new discoveries would help attract tourists again to revive the North African nation ailing tourism industry.