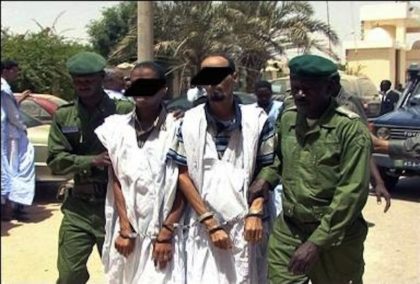 Terrorist organizations in North Africa have found in the Polisario-run Tindouf camps breeding grounds for the recruitment of new members. Head of Morocco’s FBI, the Central Bureau of Judicial Investigation (BCIJ) Abdelhak Khiame puts the number of Polisario members within IS ranks at 100 individuals.

In an interview with France 24, Khiame reiterated concern regarding the connivance between the Polisario leadership and several terrorist organizations operating in the Algerian desert and in North Africa where both parties have been engaged in all sorts of trafficking.

The increasing involvement of Polisario members in terrorist activities is jeopardizing the security of both Morocco and Algeria, said Khiame, who deplored Algeria’s lack of cooperation with Morocco on counter terrorism.

Since 2010, the link between the Polisario and terrorist organizations in the Sahel have been making the headlines. In August 2010, in response to AQIM’s demands, Mauritania released Omar le Sahraoui, a Polisario veteran on hire for AQIM who kidnapped three foreign aid workers in November 2009.

The EU anti-fraud office has also blamed the Polisario and Algerian authorities for their involvement in humanitarian aid embezzlement as they continue to trade in the suffering of the population held against their will in the Tindouf camps.

Last year, Moroccan and Mauritanian officials decried the involvement of senior Polisario leaders in drug trafficking activities. Last September, the Moroccan army has aborted a drug trafficking attempt near the security wall in the southern provinces and arrested four traffickers with links to Polisario officials, including the son of the development minister of the self-proclaimed SADR republic.

This trafficking activity, which have developed in the region for the past several years, facilitated connections with other terrorist groups operating in all sorts of illegal commercial activities in the region.