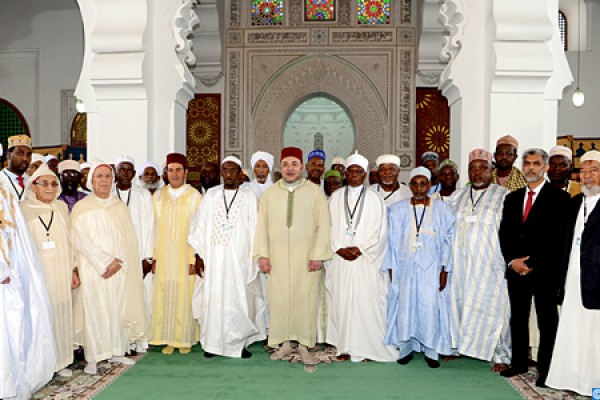 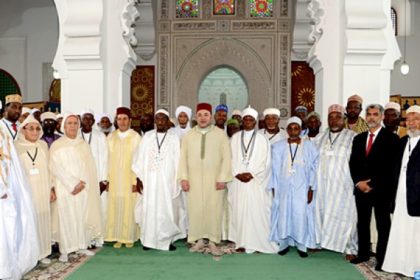 To counter extremism, King Mohammed VI has set up a training center for Imams, Murshideen and Murshidat (male and female preachers) to spread the true values of Islam, said Monday the Irish Times.
The center, opened in 2015, is housing 1,200 live-in students from Morocco, sub-Saharan Africa and France. Dubbed Mohammed VI Institute for the Training of Imams, Murshideen and Murshidat, the center’s international reach reflects its status as a major tool in Morocco’s efforts to encourage a moderate strain of Islam, not just domestically but beyond its borders, underlined the Irish newspaper.
This is part of a wide-ranging strategy by Morocco and its king to counter extremism through an array of “soft” initiatives. These have included establishing a radio station, Radio Coran, which broadcasts prayers throughout the day, and even the 2015 pardoning of 37 apparently repentant Salafists serving prison sentences for terrorism-related offences, added the Irish Times
Morocco’s concerns about extremism were prompted, in great part, by a 2003 terrorist attack in Casablanca, which killed 45 people, followed by another in Marrakech in 2011, which killed 17, explained the daily.
A Moroccan national investigation bureau, set up in 2015, has made about 600 arrests and dismantled about 40 cells. But it is Morocco’s king Mohammed VI, “Commander of the Faithful”, whom many credit with controlling the extremist threat, stressed the Irish newspaper.
It also hailed the views and stands expressed by King Mohammed VI during his speech made last August wherein the Sovereign called on monotheists to pool efforts to fight terrorism, which is sparing no community and no country.
“Those who engage in terrorism, in the name of Islam, are not Muslims. Their only link to Islam is the pretexts they use to justify their crimes and their folly. They have strayed from the right path, and their fate is to dwell forever in hell”, said the Monarch.
“They think – out of ignorance – that they are engaging in jihad. Since when has jihad been synonymous with killing innocent people? The Almighty says: “Do not transgress limits, for Allah loves not transgressors”, stressed the Sovereign.