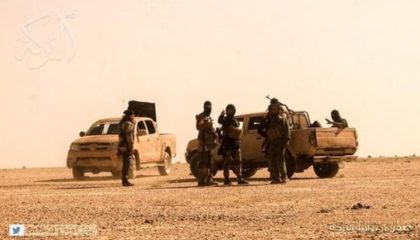 Around 100 members of the Separatist Movement have joined ranks of the Islamic State group (IS) in Libya and in Sahara desert, head of Morocco’s BCIJ (Central Bureau of Judicial Investigation) Abdelhak Khiame, told France24.
Suspected for ties with terrorist organisations, the separatist movement’s connection with IS is a bombshell and puts Morocco’s security under threat.
Algeria, god-father of the separatist movement is also under threat despite its support, BCIJ Boss noted.
Khiame also feared for security of the region which he said has been reluctant for cooperation.
Khiame urged Algerian authorities to cooperate with Morocco in the fighter against terrorism in the Sahel region.