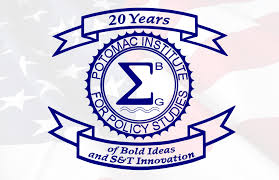 Morocco, Most Insulated Country from Terrorism in North Africa- US Report

Morocco has been described as the country “least affected” by terrorism in North Africa and the Sahel with zero attacks reported in 2016 said the annual study dubbed: “Terrorism in North Africa and the Sahel in 2016”, issued by the Inter-University Centre on Terrorism Studies (IUCTS) and the Potomac Institute for Policy Studies.
“During 2016, Morocco continued to improve its counterterrorism capabilities, as demonstrated by multiple arrests of suspected terrorists, seizing weapons, and aborting violent plots,” said the report

“Particular mention should be made of the leadership of King Mohammed VI in denouncing terror and proposing the excommunication of Muslims who use their faith as justification for political violence. And in early 2017, Morocco banned the production and sale of the burqa out of concern that the shroud-like garment, which covers the entire face and body of Muslim women, would be exploited to mount terrorist attacks,” the document added.

The number of terrorist incidents in the Maghreb and Sahel regions of Africa rose 14% in 2016, reaching the second highest level since 9/11, according to the study.

The report listed Libya, Mali, Tunisia and Algeria as the most terrorism hit countries in the Sahel and North Africa with 125, 64, 16 and 13 incidents respectively.

The study also warned of the increasing links and recruitment in the region notably due to the surge of the ISlamic State group in Syria and Iraq as well as Al Qaida affiliates across the region. “Countries in the Maghreb and Sahel are not immune to the broader threat of violence emanating from Iraq and Syria,” the study underscored.