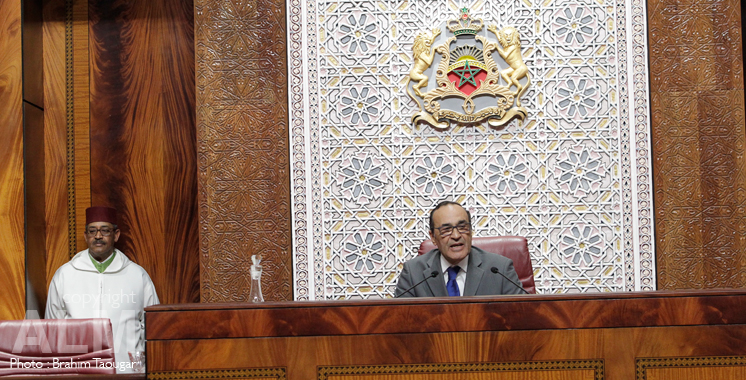 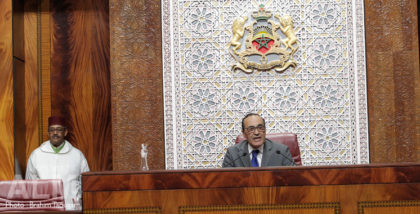 Speaker of the Lower House of the Moroccan Parliament, Habib El Malki, welcomed the draft report submitted by the UN Secretary General Antonio Guterres to the Security Council calling for an immediate retreat of the Polisario militias from the buffer strip and warning of the degrading humanitarian conditions prevailing in Tindouf.

“Antonio Guterres expressed concerns regarding the presence of separatist armed men in the buffer zone and called for an immediate return of these forces,” El Malki said at the opening of the Parliament Spring session on Friday.

El Malki added that the gravity of the conditions endured by the population held against their will in the Polisario-run camps in Tindouf (southwestern Algeria) have also been raised in Gueterres report.

The Lower House Speaker recalled that the holding of the Spring Parliamentary session coincides with the 10th anniversary of the autonomy proposal put forward by Morocco to find a lasting political solution to the regional dispute over the Sahara within the framework of the Kingdom’s territorial integrity and national sovereignty.

In his report, the UN Secretary General called on Algeria to play a positive role in the negotiation process. He also expressed support for the negotiations parameters launched by the UN Security Council since 2007 in order to reach a mutually acceptable political solution in good faith.

He added that the violations of the Polisario, which maintains forces in the area after the withdrawal of Morocco, poses “serious danger” to regional security and stability.

By fueling tension in the region, the Polisario is also venting its disappointment at the election of the Portuguese Gueterres who shows more understanding for the Moroccan stand on the conflict unlike his predecessor Ban ki-moon whose verbal blunders and biased statements created a crisis between Morocco and the UN.