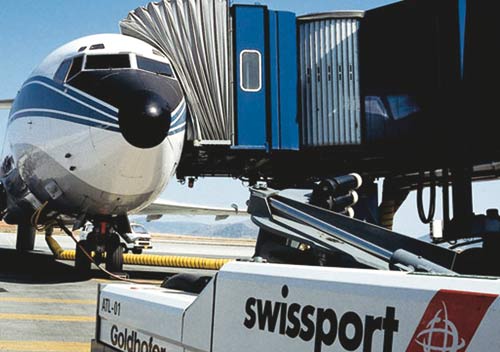 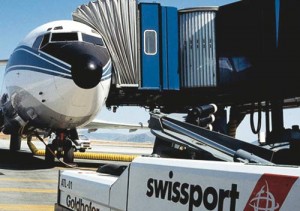 Swissport International, a global provider of airport ground services, has been awarded lately a 5-year ground handling licence for Oran International Airport. It is the 2nd contract bagged by the company in Algeria and the third deal gained in North Africa after securing similar licences for Morocco’s major international airports. With these contracts in pocket, it seems that Swissport is determined to enhance its presence and expand its business in this thriving region.
The Oran airport licence includes all ground handling services and cargo handling operations to start in spring 2013 with support to come from Swissport Algiers.
“Being awarded with an additional ground handling licence in Algeria is an important milestone in Swissport’s geographical expansion in Africa”, says Mr. Juan Jose Andres Alvez, Swissport executive vice-president.
For his part, Mark Skinner, Senior vice president of ground handling says “alongside our existing operations in South Africa, Kenya, Tanzania, Morocco, Nigeria and Cameroon, the award of the Oran licence will strengthen Swissport’s position in Africa.”
Last April, Swissport gained international tenders for handling services in neighboring Morocco and particularly for the hub airport of Casablanca Mohammed V and other major tourist destinations such as Marrakech.
Commenting the event, Swissport officials have said that the North African Kingdom is an important milestone in Swissport’s geographical expansion in Africa, affirming that the company looks forward to further developing its operations in this important and promising region.
Swissport International Ltd provides ground services for around 108 million passengers and 3.2 million tonnes of cargo a year (the latter using 98 warehouses with a total floor area of over 350,000 square metres) on behalf of some 650 client-companies in the aviation sector. With a workforce of around 35,000 personnel, Swissport is active at 177 stations in 36 countries on five continents.

North Africa Post's news desk is composed of journalists and editors, who are constantly working to provide new and accurate stories to NAP readers.
NEWER POSTLibya: promoting olive production
OLDER POSTTurkey as a ‘Role Model’ in the MENA Region after the Arab Spring