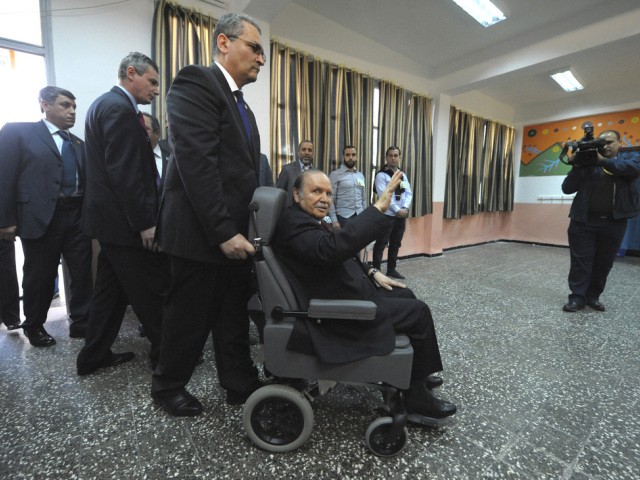 The Demise of Algeria’s Arab Diplomacy

The frail health of President Abdelaziz Bouteflika is reflected in the Algerian diplomacy that has lost track as it continues to accumulate failures on multiple fronts. Algiers’s Arab diplomacy after its participation in the Arab league’s 28th Summit in Amman shows an inaudible voice and most of all an incapacity to forge new alliances in the region after the collapse of its once powerful allies: Syria and Libya.

Algeria’s participation in the Arab Summit went almost unnoticed. The country was represented by the President of the National Council Abdelkader Bensalah in view of the health conditions of Abdelaziz Bouteflika whose last presence in an Arab summit dates back to 2011 in Egypt.

Bensalah’s input to the Arab Summit was marked by the delivery of a recycled worn-out speech stressing the need for a reform of the Arab league. That point did not even feature in the closing statement of the summit and received support from Mauritania only. At a time where the Arab region is plagued by turmoil, instability and devastating civil wars there is little room for such a remark concerning the internal modus operandi of the Arab League.

The speech by Algeria’s representative reflected an Algeria in disarray, trying to show an image that is contradicted by reality on the ground. Bensalah anomaly was that he raised purely internal issues such as the Algerian counter-terrorism strategy and the “democratic process consolidation achievements.” These issues are of little concern in such a regional meeting. One would wonder what is the use of citing purely internal issues at a regional event that is supposed to examine and offer concrete proposals to resolve the crises in Libya, Syria, Yemen and Somalia.

Algeria also failed to make case for its approach regarding the resolution of the conflict in Libya. The closing statement has rather reiterated support for dialogue under the auspices of the UN between the warring parties, a tacit endorsement of the Skhirate agreement hosted in Morocco.

Algeria also ensued a setback regarding its position on the return of its ally Syria to the Arab League. Algeria’s conciliatory stance regarding Iran was also ignored in the closing statement, which clearly ascribes regional instability to Tehran and calls on it to adopt a neighborliness policy.

As it continues to crumble under the effect of low oil prices along with uncertainties at the helm of the authoritarian regime, Algeria’s diplomacy loses its influence mainly due to the dwindling of its main leverage represented in its mantra: oil money.