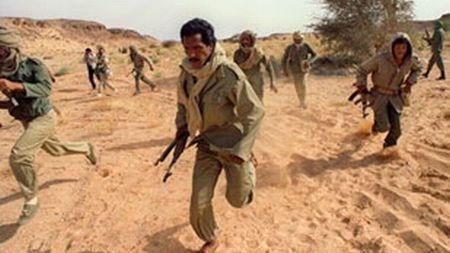 The Algerian-backed Polisario militias have surprisingly announced their intention to withdraw from the Guerguarat buffer strip area in the southernmost tip of the Moroccan southern provinces in a move to polish its image ahead of the UN Secretary General report on the Sahara. The Algerian news agency reported that the Polisario separatist militias have announced their “willingness to cooperate with the UN in order to find the means to put the peace process on track and overcome tensions created in the Guerguarat area.”

The Polisario’s softening its stance on the Guerguarat where it has violated the 1991 ceasefire agreement by maintaining troops and hindering commercial traffic comes only a month before the UN Security Council meeting on the Sahara and the first report of the new UN Secretary General on the region.

Therefore, by announcing willingness to cooperate with the UN, the Polisario is attempting to polish its image ahead of the UN meeting. It had earlier turned a deaf ear to the calls of the UN Secreatry Genera regarding an immediate withdrawal of troops and the need to maintain the flow of commercial traffic unobstructed.
Even after Morocco’s unilateral withdrawal in response to the UN Secretary General’s call, the Polisario moved into the Buffer strip upon directives from its mentors in Algiers and set up checkpoints in an act aimed at galvanizing support amid the disenchanted population held against their will in Tindouf camps.

The Tindouf-based militias are also attempting to divert attention from Morocco’s recent diplomatic breakthrough in Africa, notably after it gained support of countries that were until recently aligning with the Algerian-sponsored separatist thesis.

The withdrawal of Moroccan troops took the Polisario militias and their Algerian sponsors by surprise at a moment they were waiting for the Moroccan army to fall in the trap of provocation.

Now that it has withdrawn its troops beyond its security walls, Morocco has scored a major point and evidenced its sincere willingness to safeguard the region’s peace and security.
Meanwhile, the Polisario’s hostile acts and its obstinacy to maintain its armed men within the buffer zone in an utter disregard for the ceasefire agreement are threatening with a casus belli the whole region.