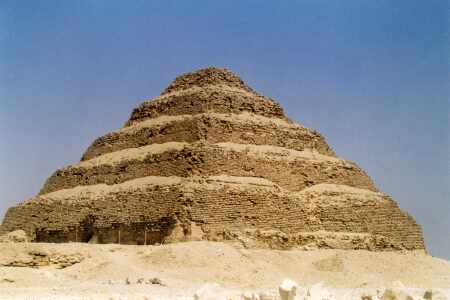 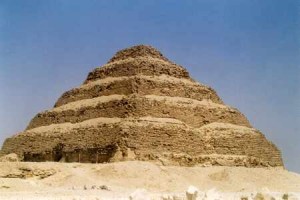 The pyramid of Djoser, the oldest pyramid in Egypt, might soon fall according to archaeologists, professors and antiquities enthusiasts. The six-stepped layered structure stands 62 meters high and was built under the reign of Pharaoh Djoser in 2611 BCE, as his final resting place.
The pyramid is recognized by UNESCO as a world heritage site and renovations have been going on for 6years since after an earthquake in 1992. However critics point out the lack of experience of the archaeological community which hampered their efforts. Many believe that the renovation project should have been handed over to UNESCO rather than companies.
The pyramid has been stable until 2003 but since the past six months, reports have been emerging from all angles that it might soon crumble to the ground. Concerns regarding the new renovations surfaced this year after a report, contracted by UNESCO and filed by Professor Georgio Croci in 2011, noted that the new structure did not “absorb any load” and thus did not help with the “general stability” of the pyramid.
Stones which have formed part of the pyramid have been replaced several times to but according to Hassan Fahmy, professor of architecture at Cairo University and the Antiquities Authority’s representative currently overseeing the renovations, said almost 80-90% are still part of the original stones. Hannah also is concerned that the structure is losing its authenticity, “replacing 10-20 per cent of the original stone can cause it to lose its original glamour and authenticity which is a requirement from UNESCO to keep world heritage status.”
A major problem the pyramid is facing is the humidity effects on the clay used to make the new stones and the chemical reaction of sulfur and the carbonated calcium when it rains which erodes the soil.