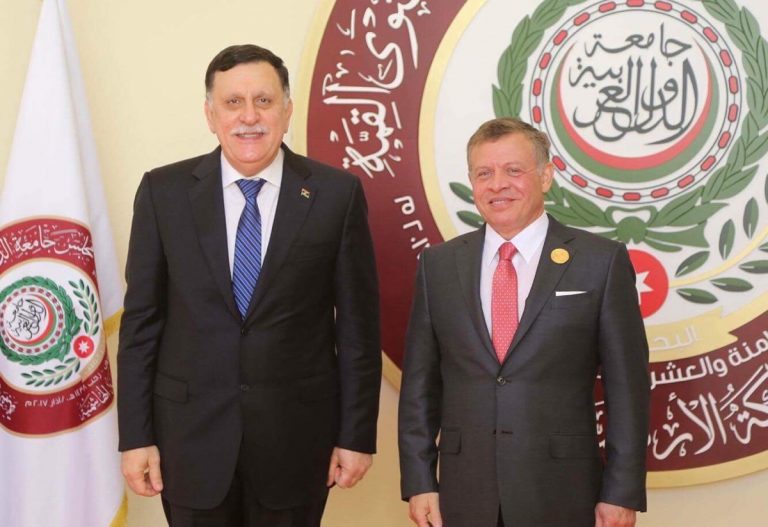 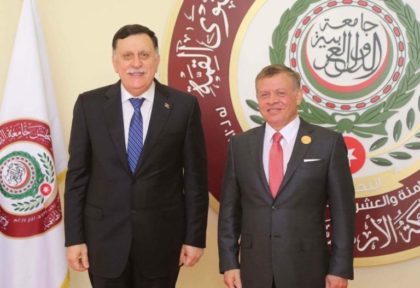 The Jordanian Government has called on the UN-backed Libyan Presidency Council (PC) to appoint a new ambassador to Amman as the Middle East country and the entire Arab League members have vowed to cut ties with east-based rival government.

Libya’s embassy in Amman is controlled by the Beida government opposed to the UN-backed PC led by Faiez Serraj.

The staff at the mission told Libya Herald that they opposed the decision by the Jordanian Government. The small staff reportedly refused to provide logistical support in the run-up to the Arab Summit held this week in Jordan.

In protest to the Jordanian decision, they threatened to open another Libyan embassy backed by Beida government should the PC take control of the current embassy.

The Jordanian Government’s decision comes as leaders of the Arab League meeting in Jordan pledged to extend full support to Serraj and his government. The Arab Leaders also pledged to cut ties with Beida government led by Thinni and backed by Field Marshal Khalifa Haftar.

Jordan’s shift to the PC is a blow to Thinni government and Haftar. The Libyan military commander used to enjoy good ties with King Abdullah II.