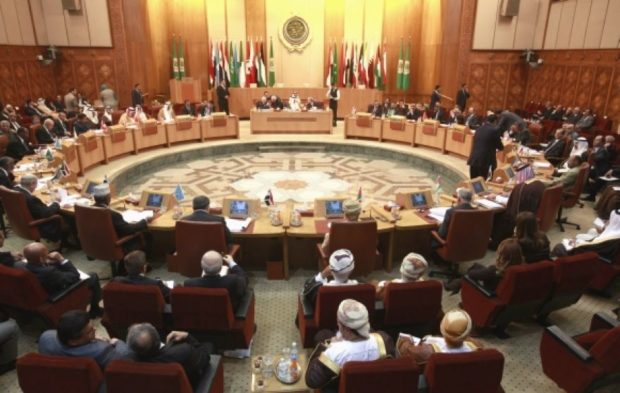 Morocco’s African Pivot, an Alternative to the Arab League’s Impotence

The landmark speech given by King Mohammed VI at the 28th African Union Summit set the tone of a pivot in Morocco’s foreign policy in favor of Africa and echoed a frustration with the paralysis plaguing the Maghreb Union.
The momentum characterizing Morocco’s African action stands in a stark contrast to its stands regarding the Arab league. The fact that the Moroccan Monarch has been shunning Arab League’s summit since 2005 is indicative of deep disappointment with joint Arab action.

King Mohammed VI has yet again canceled his visit to Amman where the Arab Summit was held, a move that reflects frustration with the Arab League. In 2016, Morocco decided not to host the Arab Summit to avoid holding another ceremonial event that gives “a false impression of Arab Unity”.
The Foreign Ministry had then issued a statement mentioning the lack of concrete initiatives and decrying that the Arab League has become a venue for Arab leaders to “analyze the bitter situation of divergences and divisions without giving decisive responses.”

Indeed, the political conditions marked by Arab disunity and rivalry continue to persist in 2017. The Middle East continues to be plagued by sectarian strife and civil wars along with the surge of terrorism in the Levant and Iraq, while Libya is mired in an endless bloody civil war, at a moment when Arab countries are as disunited as ever.

The impotence of the Arab league and its incapacity to rise up to the challenges facing north Africa and the Middle East have not dissuaded Morocco from reinforcing diplomatic and economic ties with Arab countries at the bilateral level and sub-regional level.

Morocco is bound by a strategic partnership with the Gulf Cooperation Council. The Arab sub-region has also offered Morocco and Jordan membership. Last April, the two parties held their first summit, which was attended by King Mohammed VI and the Monarchs of the GCC countries. The Summit ended with a firm support for Morocco’s territorial integrity and sovereignty over the Sahara, a position the Arab league never expressed.

The excellent political ties with Gulf countries are mirrored at the economic level. The GCC countries are key sources of FDIs in Morocco. At the security level, Morocco participates in the Arab coalition to restore legitimacy in Yemen.

Morocco’s engagement in favor of Arab causes, on top of which the situation in Palestine, is steadfast. Morocco continues to gather support at the international level and to alert as to the need to safeguard the city of Al Quds through the Al Quds Committee, chaired by King Mohammed VI. Morocco has also been an ardent defender of the two-state solution and an independent Palestine within 1967 borders.

Concerning the chaos in Libya, Morocco hosted the Skhirate talks, which ended with a breakthrough agreement between the warring parties. The agreement sought to establish a caretaker unity government to resolve the dispute between the House of Representatives (HoR), based in the eastern city of Tobruk, and the General National Congress (GNC) and its government in Tripoli.

Yet the status quo at the Arab level with the upsurge of internal strives, lack of economic integration prospects and disunity, pushed Morocco to throw its weight in order to reinforce ties with its immediate neighborhood: Africa.

In an increasingly globalized world where sub-regional integration is a driver of growth, Morocco can no longer wait for a paralyzed Maghreb union where Algeria wants to create a satellite state to the detriment of the Kingdom’s territorial integrity. Morocco opted for Africa and has been fostering, for decades, ties with African countries at all levels. Meanwhile, it continues to reinforce its economic ties with Arab countries and to make a case for concrete joint Arab action.