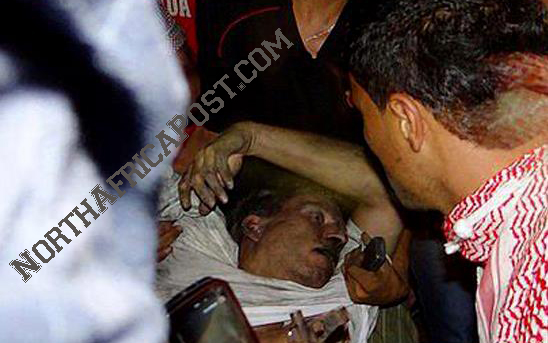 US ambassador killed in attack on consulate in Benghazi 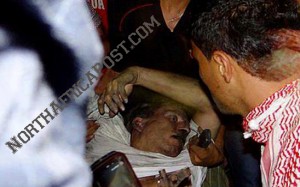 The US ambassador to Libya, Christopher Stevens, and three other embassy staff members were killed on Tuesday during an attack on the US consulate in Benghazi, Libyan and US official sources have confirmed.
The US ambassador was visiting the Libyan Eastern city, when the US consulate was attacked and burnt down by angry demonstrators who were protesting an Online U.S.-made film that ridicules Islam’s Prophet Muhammad.
The anti-Islam film, made by an Israeli-American and financed by about 100 Jewish donors, also triggered large demonstrations in Cairo, where thousands gathered at the US embassy, took down the American flag and affixed in the diplomatic compound an Islamic banner.
US President Barack Obama strongly condemned the killing of the US ambassador and the three other embassy staff as an “outrageous attack.”
“While the United States rejects efforts to denigrate the religious beliefs of others, we must all unequivocally oppose the kind of senseless violence that took the lives of these public servants,” he said.
Secretary of State Hilary Clinton had also condemned the attack on the U.S. facilities “in the strongest terms.”
“The United States deplores any intentional effort to denigrate the religious beliefs of others. Our commitment to religious tolerance goes back to the very beginning of our nation. But let me be clear: There is never any justification for violent acts of this kind,” said Clinton in a statement released by the State Department.
Clinton also expressed concern that the protests might spread to other countries.
Libyan Deputy Prime Minister Mustafa Abushagur also condemned “the cowardly act of attacking the US consulate and the killing of Mr Stevens and the other diplomats.” “I condemn these barbaric acts in the strongest possible terms. This is an attack on America, Libya and free people everywhere,” he said in a tweet.
Libya’s General National Congress also condemned the attack, saying it “led to the regrettable injury and death of a number of individuals.”
The attack was also condemned by British Foreign Secretary William Hague, who was in Cairo Monday on an official visit to Egypt. “There is no justification for such an attack and the appalling death of an US official,” Hague said in a statement released Wednesday.
“The UK stands ready to assist the Libyan authorities in any way we can and to support their efforts to continue the path towards a stable and secure Libya that fulfills the aspirations of the Libyan people,” Hague said calling Libyan authorities to take “urgent action to improve security” and to find those responsible for the violence.
An Interior Ministry official in Benghazi  told the media the ambassador died of suffocation, while two U.S. Marines sent to Benghazi when the consulate compound was attacked were shot and killed by armed protesters. The other American whose death was confirmed on Tuesday was also gunshot.
Commentators link the consulate attack to the killing in a U.S. drone strike in Pakistan last June of al Qaeda’s No. 2 commander Abu Yahya al-Libi, whose death was confirmed for the first time by al Qaeda chief Ayman Al-Zawahri in a video posted online Monday. In this video, Al-Zawahri called on Muslim’s in al-Libi’s native Libya to take revenge for his death.
Radical, armed Islamic groups have emerged in Libya since the fall of the Qaddafi regime. One of these groups, dubbed “Ansar al-Sharia”, claimed responsibility for the attack on the US consulate.
As the assaults on the US diplomatic compounds in Egypt and Libya took place on the anniversary of the 9/11 attacks, observers are wondering whether the two attacks were related and coordinated.
According to press reports, the Israeli-American who made the film has gone into hiding. He has reportedly said that he had not anticipated such a furious reaction to the movie and that he felt sorry for the embassy.