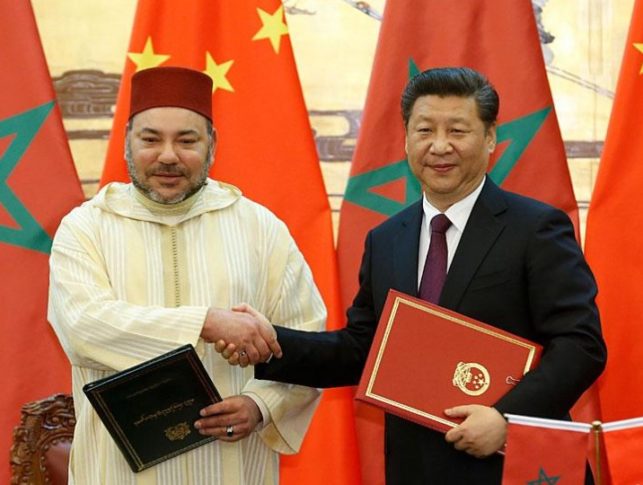 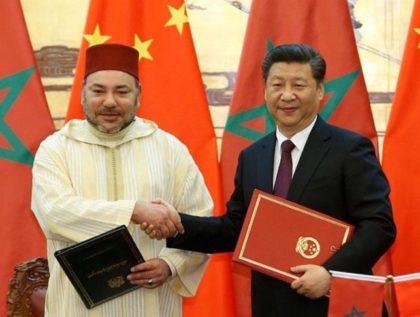 The stability and location of Morocco at the crossroads between Europe and Africa are luring Chinese businesses eager to diversify their economic partners in Africa, says an article published on the website of Global Risk Insights, a global publication for political risk news and analysis.

The article, signed by Jeremy Luedi, sheds light on the steady development of economic ties between Morocco and China, notably following the boost given by the visit of King Mohammed VI to Beijing in 2016.

Economic ties are also reflecting the excellent political ties between the two countries marked by a mutual non-interference in internal issues. Both Morocco and China have been refraining from commenting on each other’s thorny issues notably those relating to their respective territorial integrity.

“Morocco is also becoming the default investment destination in North Africa, as the region continues to be unstable, with Morocco reaping the benefits of stability,” says Luedi, adding that “Alongside traditional exports to China such as phosphates, Morocco is seeing a tidal wave of Chinese investment in a host of sectors. Between 2011 and 2015 Chinese FDI in Morocco increased 195%, with a 93% increase between 2014 and 2015 alone. Since then things have only continued to accelerate.”

In this respect, the author enumerates the growing interest of Chinese firms in Morocco citing the setting up of an office of the Bank of China in Casablanca in March 2016 as part of Morocco’s Casablanca Finance City initiative. He also mentions the announcement by Yangtse Automobile of a $100 million investment (expected to create 2,000 jobs) in Tangier to produce electric cars and buses for export to Europe.

The article highlights as well the significance of the recently inaugurated joint venture between Chinese HAITE group and Morocco to build a $10 billion industry and technology hub in Tangier, which will create 100,000 jobs in the long run.

Morocco also sees new opportunities for its farm exports to China in its bid to diversify partners. The article points out that “given Morocco’s existing integration into EU food supply chains, Rabat is already beholden to high quality standards, a fact that appeals to many Chinese consumers. Indeed Chinese importers have cited Morocco’s ability to pass the EU Proficiency Test for Pesticide Residues as a seal of confidence.”

Moroccan tourism sector and culture are also attracting the Chinese, a trend witnessed even before Rabat’s decision to drop visa requirements for Chinese visitors in July 2016, as the 2016 National Day Travel Prediction Report had predicted a 3500% increase in visa applications to Morocco.

“By November 2016, Morocco saw a six fold increase in Chinese arrivals – a fact all the more impressive given that no direct flights exist between the two countries. With 42,000 Chinese tourists in 2016 – a 300% year-on-year increase from 2015 – Morocco has announced a goal of 100,000 visitors from the Middle Kingdom in 2017,” notes the author of the article.

As a result of this interest in the sector, Chinese investors from Guangzhou met with the Moroccan Society of Tourist Engineering in late February to discuss investments in hotels, resorts, spas and amusement parks, the article notes.

North Africa Post's news desk is composed of journalists and editors, who are constantly working to provide new and accurate stories to NAP readers.
NEWER POSTNew Government to Include 30 Ministers
OLDER POSTLight at End of Tunnel after Months-long Deadlock in Forming Coalition Government