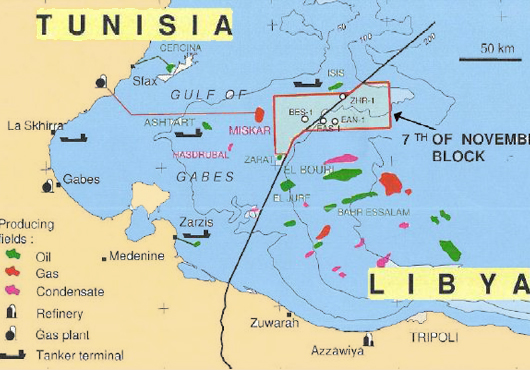 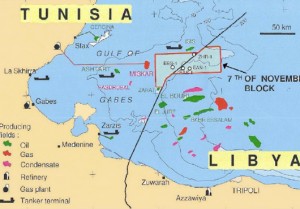 An agreement has been reached between Sonde Resources Corporation and the Joint Oil of Tunisia and Libya for the second phase of the exploration of the joint oil block in the Gulf of Gabes
The agreement allows the company to defer the three exploratory well obligations into the second phase of the exploration period and avoid the $15 million potential penalty for each well by December. Joint Oil board is expected to approve and ratify the agreement on December 20th 2012.
The agreement will attract partnerships which will in turn provide financing. It will ease Sonde’s endeavors by providing the necessary flexibility to fully exploit the potential of the joint oil block. Details of the agreement are to be released by Sonde after its ratification.
The company has also reached a tentative agreement on unitization principles for Zarat field with PA Resources AB Stockholm, the Zarat license holder, to the south of the Joint Oil block situated in the Tunisia’s offshore. Agreed upon are matters linked to the unit area, unit plan of development area, and tract participation.
The unit plan of development is on track for submission to Tunisian authorities for approval by the end of the second quarter of 2013. The two companies are engaged in a detailed reservoir technical evaluation on the field. Early results have shown that gas recycling will be a viable production option and it will also permit the production of oil and condensate in advance of gas blow down.
The consortium of the Gulf of Gabes meets often and has retained technical consultants to evaluate alternatives to the treatment and storage of the inert and acid gases according to Sondes who also serves as the operator for the joint oil bock.

North Africa Post's news desk is composed of journalists and editors, who are constantly working to provide new and accurate stories to NAP readers.
NEWER POSTAlgeria: aiming for regional bio-pharmacy supremacy
OLDER POSTIsrael-Gaza Truce – Peace until the Next War?