The Tunisian Foreign Ministry said that it has summoned the UK’s ambassador to protest against a decision to ban passengers on flights from Tunisia from carrying their electronic gadgets in cabin. 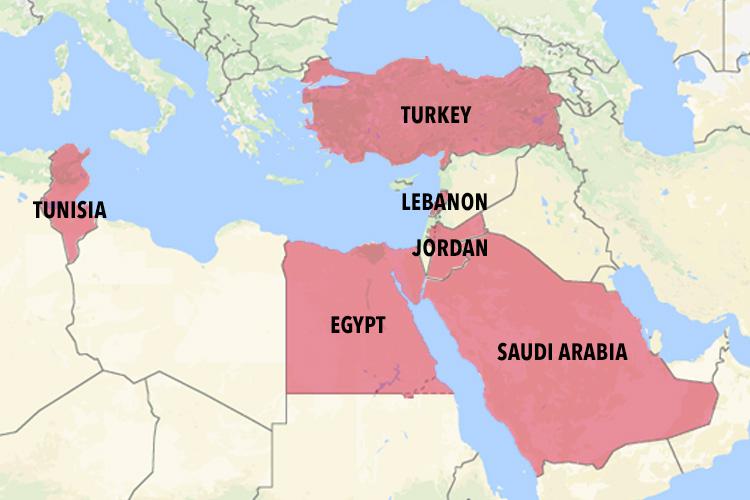 The UK has banned carrying in cabin electronic devices larger than a mobile phone including laptops and tablets for security reasons. The ban requires that these devices be placed in hold luggage for Britain bound flights from the following countries in the Middle East and North Africa: Turkey, Lebanon, Jordan, Egypt, Tunisia, and Saudi Arabia.

Tunisia’s Foreign Ministry said in a statement that the British decision was “unjustified” and did not reflect an improved security situation in Tunisia.

“Tunisia is surprised by this decision, which was taken without consultation with the Tunisian authorities or informing them in advance,” the statement said.

The UK airline electronics ban was enforced after the US took a similar decision banning passengers from carrying their devices in cabin. The US ban concerns flights originating from 10 airports serving the cities of Cairo in Egypt; Amman in Jordan; Kuwait City in Kuwait; Casablanca in Morocco; Doha in Qatar; Riyadh and Jeddah in Saudi Arabia; Istanbul in Turkey; and Abu Dhabi and Dubai in the United Arab Emirates,

The DHS noted that restrictions were necessary as “terrorist groups continue to target commercial aviation and are aggressively pursuing innovative methods to undertake their attacks, to include smuggling explosive devices in various consumer items.

“Based on this information, Secretary of Homeland Security John Kelly and Transportation Security Administration Acting Administrator Huban Gowadia have determined it is necessary to enhance security procedures for passengers at certain last point of departure airports to the United States,” the statement said.

North Africa Post's news desk is composed of journalists and editors, who are constantly working to provide new and accurate stories to NAP readers.
NEWER POSTMorocco, on a Charm Offensive to Join ECOWAS
OLDER POSTLibya: US Alarmed over Russia’s Growing Influence