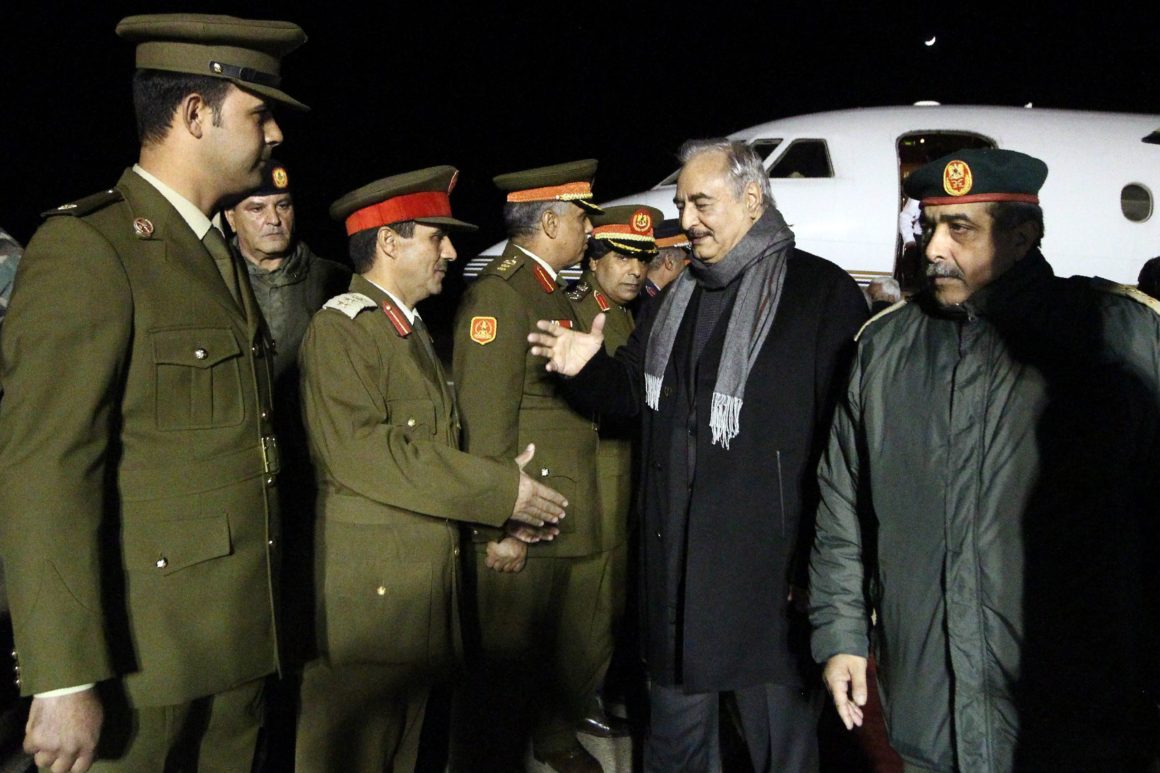 The US defense department once again sounded the alarm over Moscow’s growing interest in Libya, indicating that ties between Russians and head of the Libyan National Army Field Marshal Khalifa Haftar is evident.

After Syria, Moscow and Washington have engaged in another diplomatic showdown in the North African country.
General Thomas Tom Waldhauser, who heads the US Africa Command (AFRICOM) on Friday told media that Russia is engaged in the border area between Libya and Egypt.
“They are trying to influence the action, we watch what they do with great concern,” Waldhauser told reports at the Pentagon.
“In addition to the military side of this, we’ve seen some recent activity in business ventures – whether it’s oil, whether it’s weapon sales…”
Moscow is believed to have deployed to an air base at Sid Barrani, which is located about 100 kilometers (60 miles) east of the Libyan border.
Russians rejected the claims. Even though Moscow has not sent any troops in the oil rich country, it is well-known that Haftar has become Russia’s major Libyan interlocutor.
“The Russians and Haftar, the linkage I think is undeniable at this point in time,” Waldhauser added.
The US helped UN-backed Government of National Accord (GNA) to flush out Islamic State group militants in Sirte; Muammar Gaddafi’s hometown.
Despite announcing the end of the aerial operations in December, the US has maintained a group of American soldiers on the Libyan soil.