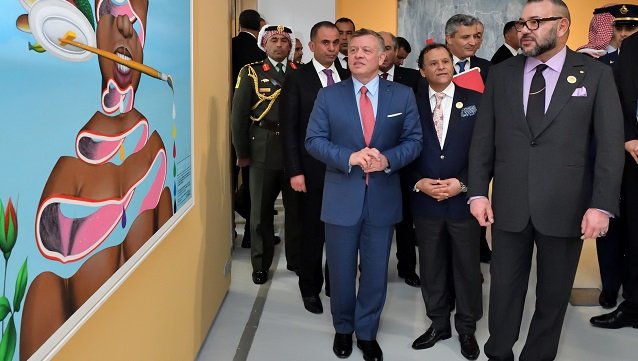 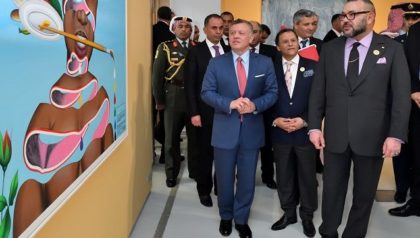 King Mohammed VI and his guest King Abdallah II of Jordan inaugurated at the Mohammed VI Museum of Modern and Contemporary Art in Rabat the cultural and artistic event “Africa in Capital”, which celebrates African artistic creation.

Africa in Capital, which runs until April 28, features a panoply of events including art exhibition, concerts, film projection and conferences with the aim to bring African art closer to the Moroccan public.

The “Joint Presence” is an exhibition narrating two experiences of a return to the roots in the African land by artists Kouka Ntadi (French-Congolese painter) and Wahib Chehata (Tunisian).

Held under the high patronage of King Mohammed VI, Africa in Capital events are organized by the National Foundation for Museums in collaboration with several Moroccan cultural and institutional partners.

Africa in Capital also reflects the particular attention attached by the Moroccan Monarch to art and culture as a bridge between cultures and civilizations and as a vector for promoting openness and coexistence.