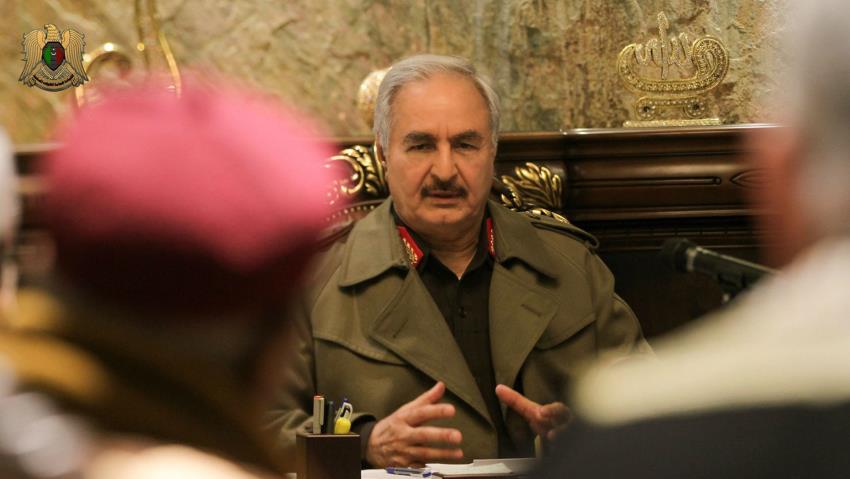 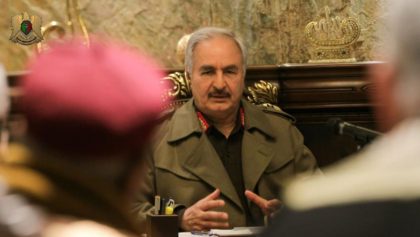 Libyan influential tribes have been deserting the UN-backed unity government to join the side of east-based army commander Khalifa Haftar, increasing therefore the influence of the self-style Field Marshal in the challenge-awash North African country, reports say.

The influence of Russian mouth-piece in the Libyan crisis is becoming alarming in the West. The army commander has garnered the support of Gharyan tribe known so far as one of the supporters of UN-backed Government of National Accord (GNA).

The tribe early this week pledged allegiance to the army commander after releasing former Gaddafi loyalist Sasi Al-Ghani Al-Tarhouni arrested five years ago by the tribesmen.

Reports say Al-Tarhouni’s release was part of an alliance deal with Haftar.

Several other influential tribes including Mshait, Obeid, Fwakher and Drasa have also aligned themselves with Haftar.

Earlier this month, Haftar met with Mshait, Obeid, Fwakher and Drasa to discuss their allegiance to his fight for leadership of Libya, the New Arab reports.

Several tribes have joined Haftar’s side because of his animosity against Tripoli Grand Mufti Sheikh Sadiq Ghariani, , reports say.

According the Gharyan tribe, Ghariani is responsible for the chaos in the country, because of his support for Islamists. The Mufti is also accused of backing Benghazi Defence Brigades (BDB), which recently seized two Libyan oil terminals from Haftar forces before being crashed late last week by the army commander.

Haftar has been opposed to the GNA and its leadership establishment known as the Presidency Council (PC).

Libya has been ruled on the basis of a tribal system, which is part of its culture. It is reported that there are over 140 influential tribes and clans in Libya, but only thirty tribes have a great political influence.