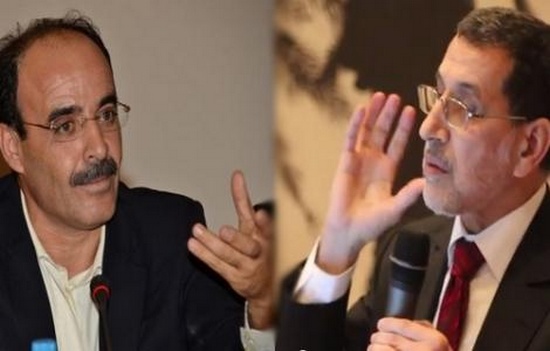 Post-election deadlock: Is a PJD, PAM rapprochement in sight? 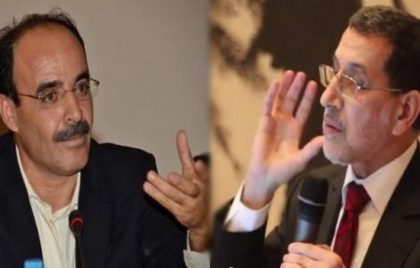 Saad Dine El Othmani of the moderate Islamist PJD party, who was appointed by the King Head of the Government Friday, seems to have broken away with the methods and the tense rhetoric adopted by his predecessor Abdelilah Benkirane whose consultations to form a new cabinet ended with a political deadlock unprecedented in Morocco’s history.

El Othmani who was tasked with forming a coalition Government will start his negotiations with the party that came second in October 7 general polls, the liberal authenticity and modernity party (PAM). He said he will hold talks with the leaders of all political parties starting negotiations all over again in a bid to end the political deadlock which left the country without a government over five months after the polls.

By ushering a rapprochement with the PAM, the PJD’s archrival, EL Othmani breaks away with a legacy of conflict fuelled by Benkirane’s stances and statements. An alliance between the PJD with 125 seats and the PAM with 102 seats will make it easy to form a new government with an overwhelming majority exceeding the required 195 seats.

But the ideological stances espoused by the two parties makes this scenario unlikely. The PJD builds on a referential of moderate political Islam imbued with conservatism, wherein the PAM defends modernity and liberal values.

It is unclear also whether the PJD supreme council will allow such an alliance with the PAM to take place. El Othmani represents the most enlightened trend in his party and his views are not shared by the rest of the PJD leaders, most of whom consider governing with the PAM as a redline, as they accuse it of being a puppet whose strings are pulled by the influential figures in the deep state.

Negotiations under the leadership of Benkirane came to a deadlock after the latter refused to accept the conditions put forward by the leader of the liberal party, the National Rally of Independents. The RNI with 37 seats conditioned his participation in the government with the exclusion of conservative Istiqlal Party (46 seats) and the inclusion of three other parties with minor results in the elections: liberal UC (19 seats), traditionalist MP (27) and leftist USFP (20 seats).

Benkirane, although he gave up the PI, refused to admit the USFP in the new government and blamed the RNI of blackmail and of sabotaging the negotiation process.

The PJD will receive another blow when the lower house speaker was elected from the USFP prior to Morocco’s admission in the African Union.

The PJD’s national council, which held an extraordinary session Saturday, expressed its support to El Othmani and stressed the need to speed up the formation of the new government in accordance with the royal guidelines.

Yet, El Othmani is unlikely to admit the participation of the USFP in the new government either. The last word hinges on the approval of the PJD’s national council, which is largely composed of figures aligning on Benkirane’s stand.

The fragmentation of Morocco’s political landscape makes no party able to win an outright majority. To secure the majority of seats needed to form a coalition government, the PJD has at least to enter into a coalition with three parties, putting the distribution of ministerial portfolios on a rocky road, not to speak of compromises on the policies of the different partners in the future government.