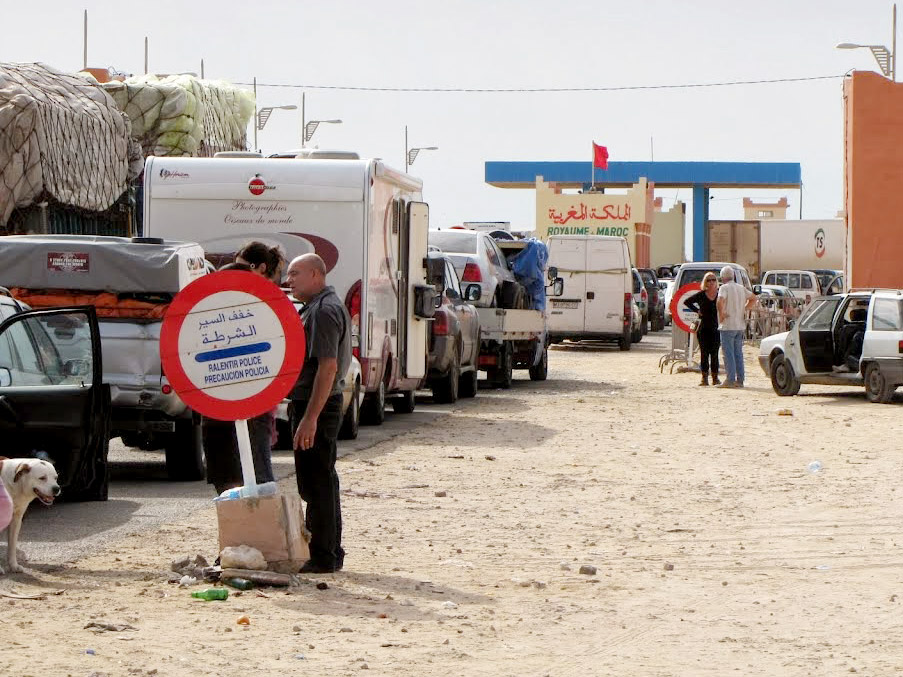 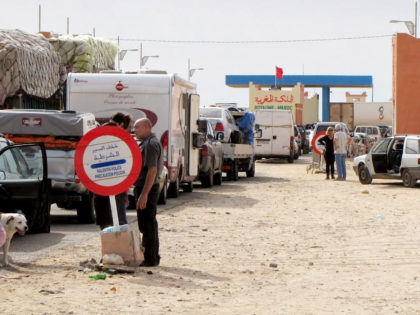 Despite the call by the UN Secretary General Antonio Gueteres for the need to maintain the flow of commercial traffic between Morocco and its southern neighbors unhindered, the Polisario obstinately harasses and blocks the movement of Moroccan trucks in the buffer strip of Guerguarat.

The Polisario is thus blatantly violating the 1991 ceasefire agreement, which stipulates that the buffer strip should stay a demilitarised zone under the supervision of the UN mission in the Sahara, MINURSO.

Moroccan news websites are awash with videos taken by truck drivers complaining against the harassment by Polisario militias in Guerguarat.

Polisario armed men moved in to set up checkpoints forcing Moroccan drivers to remove signs such as Moroccan maps or registration plates and threatening to fire on those who refuse to abide.

Special envoys of the Spanish news agency EFE dispatched to cover the showdown between Morocco and the Polisario militiamen in the Guerguarat buffer strip, confirmed in a reporting that Morocco has withdrawn the elements of its Gendarmerie from the buffer zone, and also all the heavy machinery it was using to asphalt a road linking Guerguarat to the Mauritanian border.

There are no signs of the Moroccan presence, neither military or civilian, EFE said, adding that Polisario militiamen are standing in the way of any vehicle displaying Moroccan symbols such as flags, maps, car tags etc…

Actually, Morocco withdrew from the buffer strip of Guerguarat on the borders with Mauritania in response to the UN Secretary General’s call, showing its commitment to regional peace and stability. But, the Polisario refused to follow suit, ignoring the calls of the UN Chief and of his Special Representative for the Sahara and Head of the MINURSO, Kim Bolduc, who visited Tindouf and urged the Polisario leadership to withdraw troops from the buffer zone.

According to Moroccan press, Bolduc warned that the presence of the Polisario in the area represents an act of aggression that may trigger a military response from Morocco.

The Polisario, which acts upon directives from its mentors in Algiers, sees in setting up the checkpoints in the buffer strip an act to galvanize support amid the disenchanted population held against their will in Tindouf camps.

The Tindouf-based militia are also attempting to divert attention from Morocco’s recent diplomatic breakthrough in Africa, notably after it gained support of countries that were until recently aligning with the Algerian-sponsored separatist thesis.

Having recently received military equipment from the Algerian regime, the Polisario is becoming more than ever a tool used by Algiers to destabilize Morocco and sap all efforts seeking to find a lasting, political and mutually acceptable solution based on the Moroccan autonomy initiative.

The withdrawal of Moroccan troops took the Polisario militias and their Algerian sponsors by surprise at a moment they were waiting for the Moroccan army to fall in the trap of provocation.

Now that it has withdrawn its troops beyond its security walls, Morocco has scored a major point and evidenced its sincere willingness to safeguard the region’s peace and security.

Meanwhile, the Polisario’s hostile acts and its obstinacy to maintain its armed men within the buffer zone in an utter disregard for the cease fire agreement are threatening with a casus belli the whole region.

Self-defense is guaranteed by the UN charter and any slight mistake by the Polisario would trigger a commensurate response. By retreating from Guerguarat, Morocco showed that the Polisario and its paymasters in Algiers are the parties kindling chaos in the region.