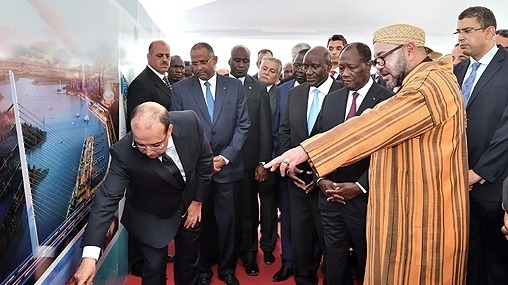 Morocco’s African foreign policy attaches utmost importance to environment protection and green growth as evidenced by the projects and investments carried out by Morocco’s public and private entities in African countries in fields ranging from the preservation of ecosystems to the promotion of the renewable energies. Buoyed by the success of the UN Climate Summit (COP 22) in Marrakech, Morocco is committed to stressing its climate leadership on the continent by promoting a sustainable environment-friendly growth model.

The project to rehabilitate the Cocody Bay in Abidjan, launched in 2015 by Ivorian authorities in collaboration with Morocco’s development agency, Marchica Med, is a shining example of this south-south cooperation approach that reconciles development needs with environment protection.

In this regards, King Mohammed VI, who is in Abidjan as part of a new African tour, chaired together with Ivorian President Alassane Dramane Ouattara, the ceremony to present the progress of the Cocody Bay Protection and Development Project, a project worth $450 million.

The bay was suffering from severe environmental degradation, increased pollution, repeated flooding and silting, accelerated by the massive urbanization of the Gourou basin.

On this occasion, head of the Marchica Med Saïd Zarrou made a presentation offering an overview of the first phase of the rehabilitation project which has involves the site cleaning up and landscaping, protection against floods, construction of hydraulic infrastructure, road development, and building a viaduct, symbol of an emerging Côte d’Ivoire.

He explained that the second phase aims at improving the citizens’ living conditions and turning Abidjan into a hot tourist destination.

The Cocody Bay rehabilitation project provides, besides the construction of dams, bridges and road infrastructure, for the development of a marina, an urban park, as well as recreational, sporting and tourism facilities. The project is scheduled to be fully completed in 2019.

Up to 20% of the investment will be covered through a bridging loan by the Ivorian government and via commercial banks. The remaining funding is guaranteed, under a concessional loan, by the main Arab funds as the Islamic Development Bank and the Arab Bank for Economic Development in Africa.

On the same occasion, King Mohammed VI and his host, President Ouattarra, presided over the signing ceremony of a memorandum of understanding concerning the new development phases of the bay.
The MoU also provides for an extension of the partnership for urban and port development in Grand Bassam.

Besides Cote D’ivoire, Marchica Med development agency manages similar projects across Africa. The agency signed with Malagasy government an agreement last November during a Royal visit providing for the upgrading and the preservation of the ecosystems of the Pangalanes Canal.