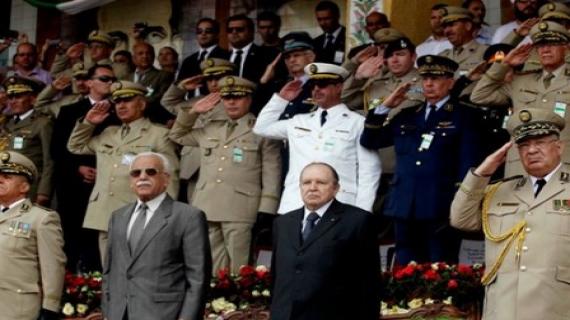 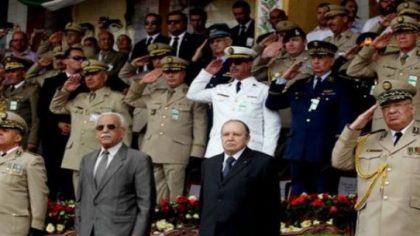 Regime opacity and the secrecy shrouding the successor to ailing President Abdelaziz Bouteflika have been hampering Algeria from carrying out economic reforms to wean their economy from dependence on hydrocarbons, especially as the languishing oil prices at 50 dollars a barrel are set to last for years longer.

International think tanks and independent media are awash with analyses about an impending implosion in Algeria if the authoritarian status quo continues along with widespread corruption and lack of economic diversification vision.

US magazine News Week recently dedicated an article entitled “Tensions Rise as Algeria’s Leaders Feud and the Economy Stagnates” deeming that the failing health of President Abdelaziz Bouteflika whose capacity to give a speech is doubted has fueled a power struggle between the domestic intelligence service DRS, the army and his office, the presidency.

The article, written by Max Wrey of Alaco, a London-based business intelligence consultancy, considers that this secret power struggle rose to the floor on multiple incidents such as “the investigation into the state oil firm Sonatrach, which cast unwanted attention on individuals close to the presidency.”

Wrey recalls that  “the DRS has also sought to wield influence by allegedly exaggerating, and in some cases abetting, Al Qaeda in the Islamic Maghreb, or AQIM, in a cynical effort to win backing from foreign powers engaged in the war on terror.”

He noted the existence of indicators of a connivance between the DRS and terrorist groups, noting that during the Ain Amenas hostage crisis, the Algerian intelligence services opted for an intervention that ended in carnage.

“The DRS, driven by fear of having its complicity with the terrorists uncovered, wanted to quash any lines of negotiation. Whatever their motivation, a DRS commander at Amenas, General Athmane Tartag, overruled the army’s call for restraint and sent his men in to shatter the tense standoff by force. This put the DRS on a collision course with the army.”

The presidency, set to clip DRS wings, proceeded to a controversial replacement of the head of the intelligence service Mohamed Mediene with a henchman of the President General Athmane Tartag.

Amid this power struggle between the pillars of the Algerian military regime: the presidency, the army and the intelligence services, little enthusiasm has been shown to lift Algeria from its dependence on oil. Vested interests of the competing factions of the regime coupled with endemic corruption make economic reforms devoid of credibility. The government has imposed taxes on a population that is used to state largess and subsidies threatening Algeria’s social peace.

Trimming public spending and raising revenue through VAT and taxes on electricity, fuel and tobacco have so far provoked unrest, with rioters in the eastern city of Bejaia clashing with police and torching state buses at the start of January, says the author of the article.

These reforms, argues Wrey, ignore the widespread corruption that affected almost all large-scale projects in Algeria. “Algeria’s flagship development project, the East-West Highway, fell victim to the national malaise. Originally allocated a budget of $6bn, rampant graft saw the project eventually completed for a price of almost $15 billion, making it mile for mile the most expensive road in the world.”

The superficial nature of the reforms that aim at polishing the façade is similar to the regime’s democratic façade where a group with vested interests in maintaining the authoritarian status quo and rent economy maintain a firm grip on the government machinery by ruling without actually governing. Meanwhile, the combustible material continues to pile: imploding demography, unemployed youth, languishing oil prices, regional turmoil and latent militant groups.