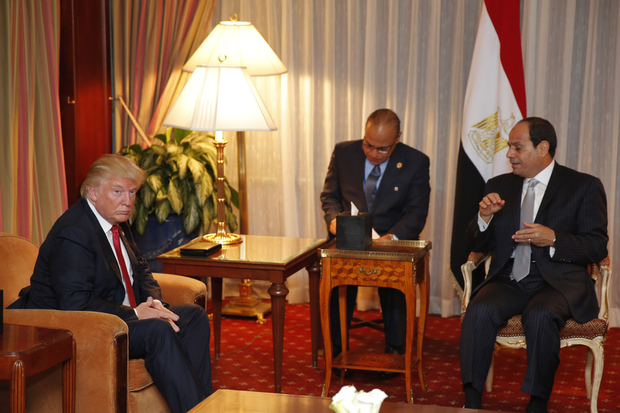 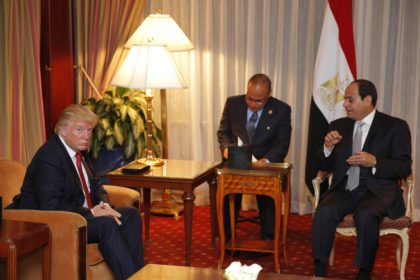 Egyptian President Sisi and President Donald Trump discussed on Monday the fight against terrorism and extremism.

The phone talk between the two Heads of State was positive according to Sisi’s spokesman Alaa Youssef. He said President Trump appreciates Cairo’s “war on terror” and gave assurances of his administration’s desire to support Egypt’s efforts. Washington restricted its support to Cairo after President Sisi led a military-backed coup d’état against Mohammed Morsi in July 2013.

Spokesman Youssef explained that “Sisi stressed to Trump Egypt’s commitment in the fight against terrorism despite economic burdens faced by the Middle Eastern country in the past three years.” The country has been struggling with economic and financial challenges worsened by sporadic bomb, suicide and armed attacks that have paralyzed the tourism sector.

Sisi had strained relations with President Barack Obama’s administration which led to the restriction of military aid but Trump is committed to ensuring that US military assistance to Egypt effectively supports the Egyptian military’s fight against terrorism.

Ties between the two leaders are expected to be strong especially after Trump applauded the Egyptian president for being the first Head of State to congratulate him on his victory in last year’s US presidential polls. Preparations for Sisi’s official visit to Washington are already ongoing.