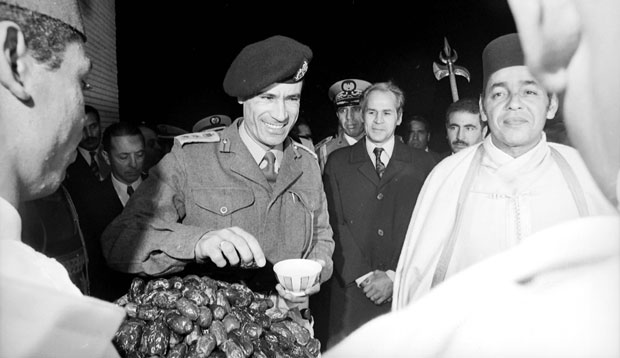 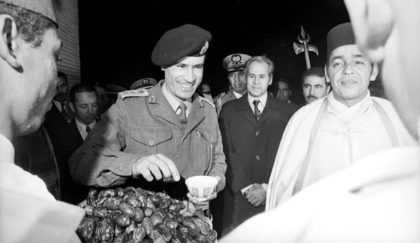 King Hassan II was at odds with the United States over a rapprochement between Rabat and Tripoli, the CIA notes in 13 million- haul declassified documents.

In 1984, King Hassan II decided to thaw ties with Colonel Gaddafi despite friction between the two men over the Western Sahara. Gaddafi, already in 1976, date of the proclamation of the Sahrawi Arab Democratic Republic (SADR) threw his support behind the Polisario front.

Both men signed the Arab-African Union supposed to put an end to Libya’s support for the separatist movement at the time the kingdom was isolated in the region, the CIA notes.

Algeria was able to bring on its side Mauritania and Tunisia, leaving the kingdom with no ally.

The rapprochement stirred waves in Washington, which was accusing the Libyan ruler of funding international terrorism. According to the American intelligence agency, Washington warned against the danger but the Moroccan monarch only saw good faith in the Libyan ruler.

“Gaddafi is not responsible for all the terrorism in the world,” the king told Senator Kasten during an audience in Fez, in December 1984.

“Gaddafi is a mortal,” he noted adding that the Libyan territory and opportunities are immortal.

Senator Kasten repeatedly expressed US concerns regarding the deportation of Libyan dissidents in Morocco, and increasing establishment of thousands of Libyans in Morocco, which, he argued, could pose a threat to Moroccan and American interests.

The American concerns won over King Hassan II and the treaty died in water. In 1987, as tension between the two countries resumed, the Libyan ruler plotted with former Palestinian fighter Sabri Al Banna, also known as Abou Nidal, to assassinate the Moroccan monarch.

According to Atif Abu Bakr, former Head of the political department of Palestinian movement Fatah-Revolutionary Council, Tripoli channeled weapons as well as bombs in Morocco to be used in the assassination of the king. However the plot was aborted over fears for reprisals from Rabat, Bakr told Arab media Al Arabiya.