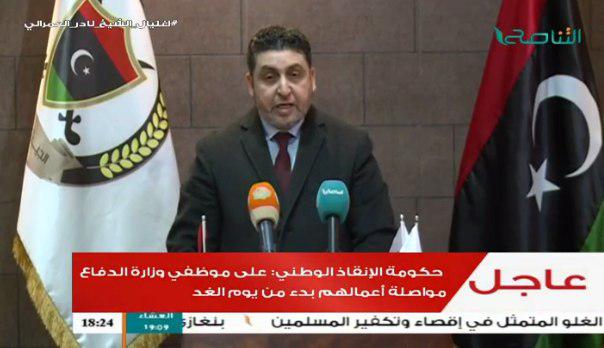 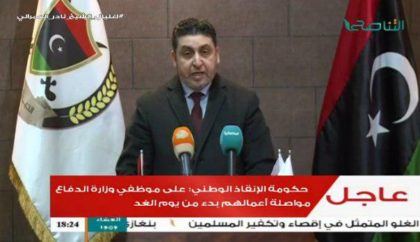 Khalifa Ghwell, leader of ghost Libyan Dawn Administration Thursday announced the overthrow of the UN-backed Government of National Accord after he seized some government ministries, reports say.

Ashraf al-Thulthi, a spokesperson for the GNA indicated that forces protecting the GNA were able to push off the seizure attempt.

However, Ghwell issued a statement from what apparently seemed to be the Defense Ministry, announcing the end of the GNA and the Libyan Political Agreement signed in Morocco in December 2015, Libyan Herald reports.

He also announced the return of his government at the helm of affairs.

“The National Salvation Government is open for cooperation with all military formations in establishing the state authority,” he said.

Ghwell reportedly went to the Labor Ministry where all the employees had been gathered. He asked them about administrative problems and what main issues they were facing.

The GNA supported by the UN overshadowed[u1]  the Salvation government in March last year after arriving in capital Tripoli. Ghwell and his administration were chased out of ministries but continued to maintain their ghost government by issuing orders.

In October Ghwell and his men also tried to seize offices of a key GNA consultative body.