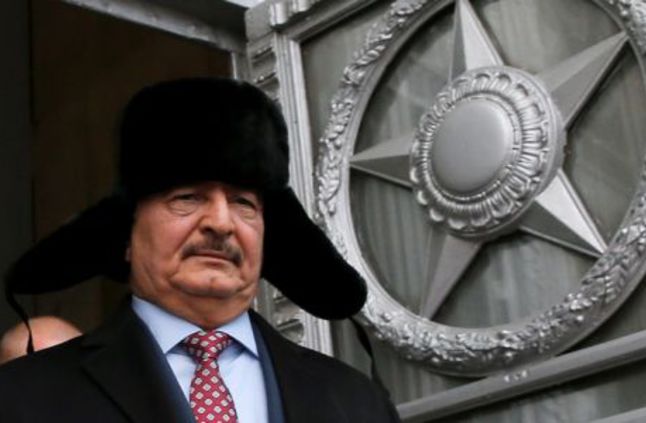 Russia Poised to Take Advantage of Power Vacuum in Libya 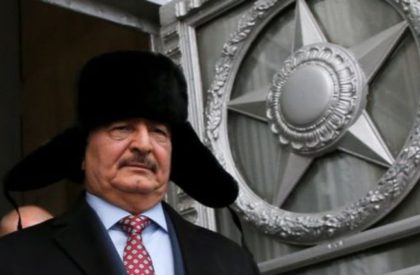 Russia, which has vehemently opposed NATO intervention that overthrew the decades-long Libyan dictator Gaddafi, sees new opportunities in the power vacuum in Libya where it tacitly endorses the all-powerful Libyan General Khalifa Haftar.

As part of a larger Russian strategy to bolster its presence in Libya, and through it in the Mediterranean, Haftar, who leads the Tobruk-based Libyan National Army (LNA), met Russian officials off the North African coast aboard Russian aircraft carrier, the Admiral Kuznetsov, returning from Syria.

To gain a foothold in Libya, Russia relies on Haftar who emerged as an increasingly viable leader and military governors loyal to him have replaced elected municipal councils in a number of eastern cities.

Several media reports have been speculating about a potential secret deal between Hafter and the Kremlin according to which Russia will arm Haftar’s forces in his endeavor to gain control of the whole country in return for a Russian military base in Libya. Such reports have not been confirmed by the Russian administration.

Russia, which has recently called on the UN to give Haftar a larger say in resolving the Libyan crisis, said it would observe the arms embargo that prevents supplies other than to the UN-mandated government.

However, despite the ban, media reports say that Haftar has been steadily receiving arms through Libya’s land borders with Egypt and through the sea from its allies, including Egypt, Russia and the UAE.