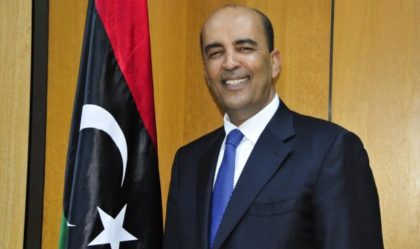 “I announce my resignation due the failure of the Presidency Council, because it holds responsibility for the killing, kidnapping, and rape that happened over the past year,” Koni told a press conference in Tripoli.

“I don’t think we are unaware of what the citizens are suffering, but we are incapable, and I admit that we are failures because we didn’t solve the problems, which are many.”

The PC borne in December 2015 along with the Government of National Accord (GNA) arrived in capital Tripoli nearly one year ago. Led by businessman Faiez Serraj, the PC and associate GNA have been unable to address security, power, financial issues of millions of Libyans who have to queue for hours in front of banks to get their money.

The December victory over the Islamic State group (IS) in Sirte which was expected to boost the confidence of the unity government seems to have no effect.

Internal rivalries within the PC have given also reasons to the internationally recognized House of Representatives (HoR) in Tobruk to back away from approving the GNA line-up proposed by Serraj. The HoR twice last year rejected Serraj’s proposed cabinets.

The PC in September lost control of the country’s main oil terminals after Field Marshal Khalifa Haftar aligned with HoR snatched them from pro-GNA forces.

Libya descended into chaos following the death of former ruler Muammar Gaddafi in 2011 in a NATO-backed revolution.